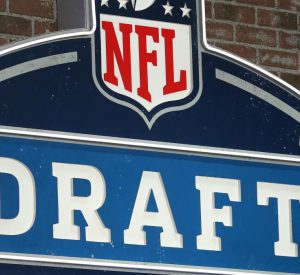 I was going to spend the first five minutes of today’s newsletter bragging about my bracket, but that thing has been in the trash since Friday because that’s what happens when you pick Ohio State to win it all. Thanks for nothing Ohio State.

Speaking of Ohio, that’s where the 2021 NFL Draft is going to be held this year and with less than 40 days to go until the event kicks off, the NFL finally decided to answer some key questions about the draft. We’ll be covering those details plus handing out some free agency grades today, so let’s get to the rundown.

From now until the draft starts on April 29, every Monday will be Mock Draft Monday on the podcast. What this means is that we’ll be bringing in our draft gurus each week to talk about how they think the draft will play out. This week, that means Will Brinson was joined by the one and only Ryan Wilson. I thought for sure the two of them would spend at least 30 minutes of the show talking about how bad Oral Roberts busted their bracket, but apparently, Brinson remembered that he’s not hosting an NCAA podcast, so he stuck to football. Brinson almost never sticks to football.

The main topic of today’s podcast was Wilson giving us the lowdown on what kind of impact the first week of free agency might have on the draft. For instance, before free agency started, it wouldn’t have been a surprise if the Giants were thinking about taking a wide receiver in the first round. However, now that the team has signed Kenny Golladay, there’s roughly a zero chance that the Giants will be using their first-round pick on a receiver.

With that in mind, let’s take a look at the top 10 picks in Wilson’s latest mock and because Wilson loves to get crazy, he even has TWO trades going down in his top 10 this week.

To see the details of each trade and to check out the rest of Wilson’s mock draft, be sure to click here.

After holding the draft in Roger Goodell’s basement last year due to the pandemic, the NFL has decided to move things out of the commissioner’s house for 2021. This year’s draft was previously scheduled to be in Cleveland and that’s exactly where it will be held.

The league confirmed on Monday that when the draft kicks off on April 29, it will look like the draft that you became accustomed to watching before the pandemic hit.

The NFL will be announcing more details about the draft over the next few weeks, so keep your eyes peeled.

I didn’t expect to start things off today with THREE STRAIGHT draft topics, but here we are. To be honest,  you should probably start getting used to all this draft talk, because there’s going to be a lot of it between now and April 29.

Anyway, the NFL finalized the draft order over the weekend and although that’s not usually a very notable event, it was this year, because the league managed to sneak in a few previously unknown nuggets.

If you get bored today and would like to check out the entire draft order, be sure to click here.

Free agency got off to a slow start for wide receivers, but that all change over the weekend with multiple receivers signing between Friday and Sunday. The fun started on Friday when JuJu Smith-Schuster announced that he would be returning to the Steelers (You can read details on his one-year deal by clicking here). Less than 24 hours later, the Giants were able to woo Kenny Golladay by offering him a four-year deal worth $72 million.

Over the weekend, we also saw DeSean Jackson agree to terms with the Rams, where he’ll be reunited with Sean McVay. Jackson was a receiver in Washington during the three seasons (2014-16) when McVay was the team’s offensive coordinator. McVay definitely knew how to utilize Jackson as he led the NFL in yards per catch two times while playing under the Rams coach.

Although the Rams added Jackson, they lost Josh Reynolds to free agency. The receiver, who was drafted by the Rams in 2017, is now headed for Tennessee after agreeing to a deal with the Titans.

Of the top 10 free agents who were still available on Friday, four of them ended up agreeing to a deal over the weekend. Besides Golladay and Smith-Schuster, we also saw Anthony Harris (Eagles) and Xavier Rhodes (re-signing with Colts) taken off the market.

With that in mind, let’s check out the 10 highest-ranked players from Pete Prisco’s top 100 list who are still available (they’re listed with the team they played for last season):

Remember, by the time you read this newsletter, there’s a very real chance that someone on this list could have already signed and if that happens, you can find out where they signed by clicking here and checking out our free agent tracker. We also have a live blog that will cover all signings AND trades as they happen and you can check that out by clicking here.

After a wild first week of free agency, now seems like a good time to hand out some grades, so that’s exactly what we’re going to do here. CBSSports.com NFL writers Cody Benjamin and Jordan Dajani locked themselves in a small room over the weekend so that they could get these grades done, so let’s check them out.

I’m going to share the four teams that graded out the best and the one team that got a “D.”

Best grades
Jets (A): “Corey Davis and Carl Lawson can be top 15 players at premium positions, and both instantly make the Jets better. Jarrad Davis’ deal is a little rich, but he’s a high-upside plug-in, too.”

Browns (A): “Somehow, they got John Johnson — one of the top young safeties on the market — at great value. Finally, Cleveland has itself a play-making leader for the back end of its secondary. Takk McKinley is just fine as a high-upside flyer, too. Troy Hill helps solidify the secondary as well.”

Buccaneers (A): “The reigning champs knocked it out of the park. To retain all their key free agents, save for maybe Leonard Fournette, is a minor miracle.”

Washington (A): “Their grade gets a boost because of Ryan Fitzpatrick, who alone offers a rather sizable upgrade over Alex Smith. But they’ve got plenty of holes left to address, such as out wide and, frankly, in the QB room, where they still need a long-term option.”

Worst grades
Bears (D): “Is Andy Dalton really the answer at QB? Also, it’s good they want to patch things up with A-Rob, but unless they’re going to pony up serious dough (and give him a good QB, too), they may end up taking trade calls for him anyway.”

I give their grade of the Bears a “D”. Any team that signs Andy Dalton gets an “A” in my book. Am I the biggest Andy Dalton homer on the planet? Yes, but I promise that didn’t have any impact on my judgment here.

Also, since you’re probably wondering, the Patriots were given a “B” for their unexpected $250 million splurge. To check out how the other 27 teams did, be sure to click here.

I thought maybe there wouldn’t be any NFL news over the weekend — because everyone would be watching the NCAA Tournament — but I was wrong. As a matter off fact, there was so much news that I’m starting to think that no one in the NFL even knows there’s a tournament going on.

Here’s a roundup covering everything you might have missed over the weekend.

7. The Kicker: Dolphins trying to make us all feel super old

If you’re sensitive about your age, you’re not going to want to read this next bit of information because it’s going to make you feel super old: Every single player on the Dolphins roster is at least 13 years younger than Tom Brady and that’s because they don’t have single player on their roster over the age of 30.

Although teams are always trying to get younger in the NFL, it seems the Dolphins have gone crazy with this strategy because every single player on their current roster is under the age of 30. The oldest player is Allen Hurns and he doesn’t turn 30 until Nov. 12.