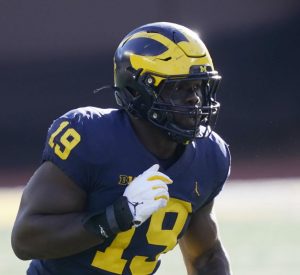 The 2021 Cleveland Browns roster, after several days of free agency, is finally starting to come into focus. The team’s probable draft options are becoming more apparent.

Here is a quick look at their free-agency haul through the first few days of the signing period:

Now for the picks!

My Draft (without trades)

Using PFF’s mock draft simulator, I feel like this draft makes a lot of sense for the Cleveland Browns as Andrew Berry and Kevin Stefanski continue to mold the roster with impact players.

Breaking down the draft, Kwity Paye immediately enters the Browns starting lineup opposite Myles Garrett. His addition is important for the long-term and in the short-term, the Browns can give him time to develop behind Tak McKinley. Ifeatu Melifonwu brings a different dimension to the secondary with his length and athleticism. While Denzel Ward and Greedy Williams aren’t slouching athletically, neither player has the size to match-up with bigger wide receivers.

Jamin Davis could be considered outside the norm for the Browns, who don’t invest heavily in the linebacker position, but his range and overall athleticism can be used to better cover tight ends in and out of the division. While Davis was a reach, Amari Rodgers can be considered a steal. Rodgers has good explosiveness, great hands, and could be a replacement for Jarvis Jandry after the 2021 season. According to most boards, Milton Williams would be considered a reach, but his most recent athletic testing might change that viewpoint,

Wrapping up the draft, both Chubba Hubbard and JaCoby Stevens offer the Browns improvements to their depth and team athleticism. Hubbard is an Olympic-level sprinter who has an amazing production profile at Oklahoma State. Stevens was a former five-star recruit from high school and will give Joe Woods an athletic ball of clay he can mold. With the final pick, the Browns selected Drew Dalman. While he isn’t a massive athlete, Dalman is technically sound and shows the ability to thrive in an interior zone-blocker.