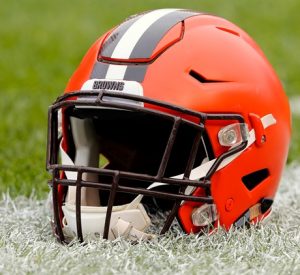 The Cleveland Browns enter the 2021 NFL offseason looking to improve on their 11-5 regular-season record and run to the AFC divisional round.

The NFL’s “legal tampering” period is set to begin on Monday with the start of the new league year scheduled for Wednesday. With that in mind, let’s take a look at the Cleveland Browns’ pending free agents, biggest needs and potential fits as they embark on their second offseason under general manager Andrew Berry.

With Olivier Vernon set to hit free agency and still recovering from a torn ACL, the Browns have a glaring at the starting defensive end spot opposite Myles Garrett. Look for Cleveland to prioritize the position in both the draft and free agency.

Terrance Mitchell and Kevin Johnson are set to hit free agency, potentially leaving the Browns without two of their top three cornerbacks from a season ago. Even with Greedy Williams set to return from a shoulder injury that sidelined him for the entirety of the 2020 season, Cleveland needs to both improve and add depth to its cornerback room.

Ronnie Harrison Jr. and Grant Delpit are penciled in as the Browns’ starters for 2021 but Harrison is in the final year of his contract and Delpit is both unproven and coming off a torn Achilles. Even if Cleveland feels good about both players, its defensive scheme possesses the flexibility to play three safeties at once.

Larry Ogunjobi is headed to free agency and Sheldon Richardson and Andrew Billings are each in the final years of their contracts. Even if Jordan Elliott makes a jump after a promising rookie season, Cleveland could use both an upgrade and depth at the position.

Even with big money committed to Jarvis Landry and Odell Beckham Jr., the Browns could stand to add a deep threat to their wide receiving corps. How Cleveland approaches the position may depend on whether it re-signs Rashard Higgins.

Analytically driven front offices don’t typically value the linebacker position, but that doesn’t make it any less of a need for the Browns. That would ring especially true if Cleveland doesn’t re-sign B.J. Goodson, who was arguably the Browns’ best player at the position in 2020.