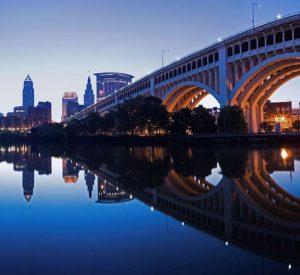 CLEVELAND, Ohio — For new Browns safety John Johnson III and his college roommate Kevin Kavalec, the former Saint Ignatius High School star, the first letters of their last names were just as important to them at Boston College as their Varsity letters.

“We got paired up as roommates that first summer before our freshman year because it was alphabetical,’’ Kavalec told cleveland.com. “And then we were roommates for basically the next four years.’’

Johnson, signed by the Browns last week to a three-year free agent contract worth $33.75 million, vowed as a freshman that he’d make it to the NFL someday.

“He was very serious about it, and he never let that get out of his head,’’ Kavalec said. “He just stuck to it and was committed to that and never wavered on his confidence or his ability to get to that level.’’

Johnson, 25, kept the faith despite the fact he didn’t start at B.C. until his junior year, making his mark on special teams as a freshman and then starting two games as a sophomore before an arm injury sidelined him for the final five regular season games.

As juniors in 2015, the alliterative duo started together for a B.C. defense that finished No. 1 in the country with only 254.3 yards allowed. They also ranked fifth nationally in passing efficiency allowed (104.66), and Johnson’s three interceptions ranked seventh in the ACC. As seniors, they were part of a defense that ranked on eight top 10 lists, including ninth in total defense (314.2 yards/game), second in sacks (3.62 sacks/game) and 10th in takeaways (27).

“I play defensive end, and I always knew he was behind me and I always felt comfortable that he was going to have the secondary right on every play,’’ Kavalec said. “That’s a great feeling when you’re playing defensive end, knowing that the secondary’s in the right position. The best defenses I’ve played on are the ones where all 11 guys are kind of tied in, and believe in each other and have confidence in each other, and he does a great job of instilling that across the defense.’’

What’s more, Johnson was always one of the most intelligent players on the field, his roomie said.

“He’s a very, very smart football player,’’ Kavalec, who led Saint Ignatius to a Division I State Title as a junior. “His football IQ is very high, probably one of the smarter players I ever played with. The Browns are very lucky to have him.’’

A 1st team AP All-Ohio as a junior and a Plain Dealer All-Star, Kavalec said Johnson was also natural in his role as a captain at B.C.

“He’s got a swagger about him and confidence that’s kind of just contagious,’’ Kavalec said. “He commands respect and instills confidence in the entire defense. He’s serious, but he’s an optimistic and he keeps practice light. You’re going to get your work in, but you’re going to have fun doing it. He’s just a great guy to have on the field and in the locker room.’’

It didn’t surprise Kavalec that Johnson was voted by his peers as one of three captains of the Rams’ top-ranked defense in 2020, along with Michael Brockers and three-time NFL Defensive Player of the Year Aaron Donald.

“As a fourth year guy in the league to be captain of that defense, there are some pretty big names on that defense, so that’s a big deal to me,’’ Kavalec said.

Johnson, who’s upbeat personality was on display in his introductory Zoom conference Monday, was as much fun to live with as he was to play football with, Kavalec said.

“There’s never a dull moment with John,’’ he said. “He’s quite the entertainer. So it was a blast, honestly. We had a ton of fun in college. We had a pretty tight-knit group in our dorm. Even in our senior year at B.C. we had a six-man dorm. So it was me, John and [NFL linebacker] Matt Milano who just got paid $44 million by the Bills and a couple of other guys in there. We had a lot of fun together, whether playing [Nintendo 64 3/8 or just hanging out watching sports games — it was a blast.’’

Throughout those four years, Johnson watched Kavalec live and die with the Browns, Indians and Cavs, including that agonizing 1-15 season for the Browns in 2016. They didn’t get to watch Browns games because of football practice on Sundays, but Johnson knew Kavalec bled orange and brown.

“He saw how passionate I was about Cleveland during our time in college,’’ Kavalec said. “I think it was more subliminal messaging with me just always talking about Cleveland sports teams. We were seniors when the Indians made that run in the World Series, so he watched me going nuts. He has a pretty hilarious video of me after the Rajai Davis home run run off of Aroldis Chapman in Game 7 (that tied the game in the eighth inning before the Cubs went on to win 8-7 in 10 innings), so he definitely saw the passion and I think that stuck with him.

“He knew this town really cared about their teams and I think that’s fun to play for.’’

Unwittingly, Kavalec served as an ambassador for Destination Cleveland during his four years with Johnson, a native of Hyattsville, Maryland.

“Boston was nice and all, but I always wanted to come back home,’’ said Kavalec, who lives in Ohio City. “It’s just kind of the thing when you’re from Cleveland, you love it here. It’s hard to get away from it. Honestly, I think it’s a great city. Everything you could want is kind of here, and the people are really friendly and welcoming. They’re passionate about their sports teams which I think John will love.’’

Kavalec traveled to Los Angeles in 2018 to watch the Rams beat the Packers, and was surprised by what he saw.

“More than half the stadium was Packers fans,’’ Kavalec said. “John’s not going to be having that in Cleveland. I think he’s going to get a real kick out of having 75,000 fans behind him and not against him.’’

Johnson, who will start at safety opposite 2020 second-round pick Grant Delpit, was so excited to sign with the Browns, he couldn’t wait to come to town last week and see it for himself.

“I just had to come here and make sure everything was real first,’’ he said with a laugh.

Kavalec picked him up downtown and “gave him the quick 10-cent tour of Ohio City and the downtown area, showed him the quick groundwork of the city, kind of where things are and then we actually headed over to Blue Point [Grille] for dinner, and it was fantastic.’’

While at dinner, a couple of people recognized Johnson and welcomed him to the city. By then, he had already endeared himself to the Dawg Pound with a ‘woof’ at the end of his introductory video.

“I think he really enjoyed that,’’ Kavalec said. “It’s a perfect fit.’’

Kavalec didn’t realize until a few days ago when he read about it that Johnson turned down more money from another team to sign with the Browns.

Johnson turned down more money to sign with the Browns: ‘It was the opportunity of a lifetime’

“That really speaks to the situation and how excited he was for it,’’ Kavalec said. “He sees how close we were last year [to reaching the AFC Championship Game] and he’s really excited about the future of the team. It’s a young team with a lot of talent on it.’’

Kavalec kidded that “I’ll do my best’’ to help Johnson get acclimated to the city and have a nice social life. As for being roommates again, he kidded, “I don’t know about that. He’s probably going to get a nice penthouse downtown or something.’’

But there’s one moment Kavalec hopes he gets to see firsthand.

“That first game when he straps it on and runs out and sees the Dawg Pound and everything — if COVID’s kind of gone and the Dawg Pound’s full — that’s when it will really hit him and he’ll feel it,’’ Kavalec said. “He’s going to love it here.’’

Just like Kavalec described it all of those years at B.C.