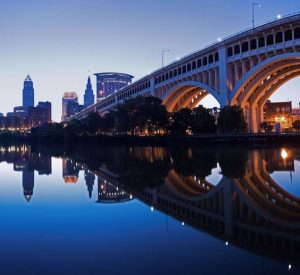 CLEVELAND, Ohio — The Browns’ free agency frenzy is over for the most part, except for a few second-wave players here or there that might be added.

They significantly upgraded their safety position with top target John Johnson III of the Rams, and then took a low-risk chance on trying to revive the career of 2017 No. 26 pick Takk McKinley, whom the Browns tried to acquire four times last season.

They also re-signed some of their own free agents such as Rashard Higgins, Malcolm Smith and JoJo Natson.

The Browns didn’t need to add as much talent this year, so free agency wasn’t as flashy as in 2019 and 2020 whey traded for Odell Beckham Jr. and signed players such as Kareem Hunt, Sheldon Richardson, Jacks Conklin and Austin Hooper.

Here’s what you need to know about some of the acquisitions:

Johnson is 2021 1/4 u2032s Jack Conklin. He was the Browns’ top target in free agency and they agreed to terms shortly after the negotiating period opened. While many folks thought the Browns would target a replacement for Olivier Vernon first, they opted not to break the bank on one of the big-name edge-rushers available, such as Trey Hendrickson who went to Cincinnati for $15 million a year, Carl Lawson (Jets, $15 million a year) or Yannick Ngakoue (Raiders, $13 million a year).

Johnson is the perfect example of why the earliest-possible extensions for Jared Goff and Carson Wentz are cautionary tales when it comes to Baker Mayfield. With $22.2 million in dead cap space for Goff alone, the Rams were unable to re-sign a player in Johnson that probably would have otherwise kept. Instead, they re-invested in pass-rusher Leonard Floyd for $16 million a year.

Johnson provides the Browns with a versatile safety who can play free or strong, can cover tight ends and backs over the middle of the field and can be an integral part of Joe Woods’ ‘big nickel’ and dime defenses. In the big nickel, teams typically play three safeties and two cornerbacks, and the Browns will likely use it a lot. Johnson and fellow safety Grant Delpit both have the speed and coverage ability to be used interchangeably in sub-defenses depending on the matchup.

Johnson also provides insurance in case Delpit needs to ease his way back into the lineup coming off a ruptured Achilles tendon. Johnson is also candidate to wear the ‘green dot’ on his helmet as the defensive signal-caller like he did for the Rams.

McKinley, 25, is a step down from Olivier Vernon, but the Browns just weren’t willing to throw the kitchen sink at any of the free agent rushers. They had several on their radar, including Lawson, Hendrickson and Ngakoue, but all came with some risk and a price they weren’t willing to exceed.

Jadeveon Clowney, whom they tried to acquire last season, is still on the market and might be a great bargain as the offseason wears on, but for now, they seem poised to try to coax a good season out of a very hungry McKinley, and perhaps draft one of the excellent rushers in this 2021 class.

The Browns are banking on the fact that McKinley has something to prove and knows this could be the end of the road. A high-motor player, he seems genuinely determined to live up to his draft status and revert to the player who had six sacks as a rookie and seven the following year. He’s only had seven sacks in his last 30 games, but he can still be disruptive with his speed and explosiveness off the edge. In the first half of the 2020 season opener, he hurried Russell Wilson five times.

If he rises to the occasion and becomes a competent No. 2, it’s a tremendous bargain. If he’s a No. 3 behind perhaps a first-round rookie, it’s still worth the price.

Rumors also surfaced recently that Vikings premier edge rusher Danielle Hunter might want out, but they’d be hard-pressed to trade their version of Myles Garrett. More likely, they’ll increase his current undermarket average of about $14.4 million a year.

Hill provides the Browns with a starting nickel cornerback to replace free agent Kevin Johnson, and an outside backup who’s better or at least as good as Terrance Mitchell, who agreed to terms on a two-year deal worth $6.5 million with the Texans.

The Browns talked to a few other corners, but Hill, who will be 30 in August, made the most sense. In addition to starting inside, he can replace either Greedy Williams or Denzel Ward on the outside, and with Williams coming off nerve damage in his shoulder and Ward missing three or four games each season, he’ll likely start some games.

Hill’s contract was first announced as a four-year deal worth $24 million, but with two voidable years, it’s actually two years, $9 million with a chance to get to $10 million. That’s more slot money than starting money, and he should upgrade the spot over Johnson last season.

The Browns wanted middle linebacker B.J. Goodson, 27, back for a second season, but they opted for a little more youth and speed in Walker, 25. Goodson graded out higher than Walker across the board on Pro Football Focus, including 26th overall compared to 74th overall, second in tackling to 20th, and 26th in coverage to 55th. But the Browns believe Walker will provide the speed over the middle that was lacking last season in games such as the AFC Divisional loss to the Chiefs, and that he’ll be better at covering backs out of the backfield. In two linebacker sets, he could be on the field with second-year pro Jacob Phillips because of their speed and range. Walker can and also play both Mike and Will linebacker.

The big payday for Higgins never materialized and he’s back with Baker Mayfield, where he belongs. Some players are meant to be with a certain team, and so it is with Higgins and the Browns. No one else has been willing to roll out the red carpet for Hollywood, and he’s found a nice niche for himself here. There won’t be enough to footballs to go around again, but he’ll play some in 11 personnel and also step in for Odell Beckham Jr. or Jarvis Landry if they get injured. Both will be 29 in November, and both have had recent surgeries. Mayfield is happy to have him back, and he’ll find the end zone again this year, like he always does.

The league year opened on March 17th with Njoku’s $6.013 million option tender becoming fully guaranteed, meaning he’ll likely be here this season. But if someone makes the Browns an offer, they’ll listen. The problem is, there isn’t much of a market for a tight end making that much dough who caught only 19 passes last season. Njoku is capable of more in the right situation, but the field is crowded here. If the Browns can strike a deal, it might be best to part ways with a player who doesn’t want to be here in a season when they’re obviously trying to get to the Super Bowl.