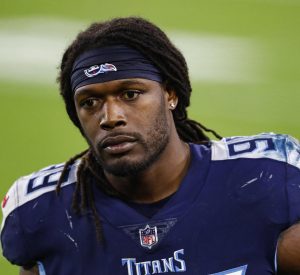 The Cleveland Browns are once again attempting to woo Jadeveon Clowney in free agency after failing to sign the defensive end last offseason.

While no deal is immediately forthcoming, Cleveland.com’s Mary Kay Cabot noted Clowney visited with the Browns on Wednesday. Despite intense conversations last year, Clowney never visited with Cleveland. Both sides get a chance to correct that now.

The former No. 1 overall pick of the Houston Texans in 2014 ended up signing with the Tennessee Titans on a one-year deal in 2020, but a knee injury limited him to just eight games with 19 tackles, one forced fumble and zero sacks.

The New England Patriots have made the biggest splash in free agency amid an uncharacteristic spending spree for Bill Belichick, most notably signing tight ends Hunter Henry and Jonnu Smith and linebacker Matthew Judon.

Prior to the start of the legal tampering period, some of the biggest names were already off the board for prospective teams. Superstar quarterback Dak Prescott and the Dallas Cowboys agreed to a new contract, while wide receivers Chris Godwin and Allen Robinson II were franchise-tagged by the Tampa Bay Buccaneers and Chicago Bears, respectively.

However, there are still impact players available on both sides of the ball, such as defensive end Carlos Dunlap and cornerback Richard Sherman.

For more NFL coverage, check out B/R’s winners and losers from the NFL’s early tampering period.

This article will be updated to provide more information on this story as it becomes available.

Get the best sports content from the web and social in the B/R app. Get the app and get the game.