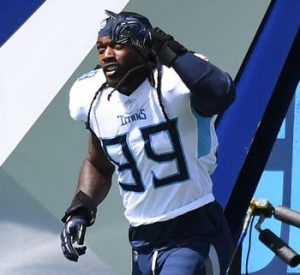 BEREA, Ohio — The Cleveland Browns pursued defensive end Jadeveon Clowney last year in free agency. In fact, it was reported that the Browns offered Clowney the most money in free agency in 2020.

Ultimately, Clowney turned down the Browns, who were coming off a 6-10 record, saying he wanted to play with a contender. The Browns were starting with a first-year head coach in Kevin Stefanski. Clowney ended up signing a one-year contract for $13 million with the Titans in 2020.

Clowney visited the Browns at the team’s facility in Berea on Wednesday according to The OBR’s Lane Adkins.

In the first wave of free agency, the Browns signed former first-round pick Takkarist McKinley. The Browns signed McKinley to a one-year, $4.25 million contract. However, they still are looking for more help at the edge to go with All-Pro defensive end Myles Garrett and McKinley. Other defensive ends under contract are Porter Gustin, Joe Jackson and Curtis Weaver.

Olivier Vernon is a free agent, but ruptured his Achilles in the regular season finale on Jan. 3. Vernon finished the season with nine sacks. Adrian Clayborn was released before free agency and saved the Browns $3 million in salary cap space.

Adkins has been keeping subscribers of The OBR up to date on Clowney’s visit in Rumor Central.

“The Browns are open to the notion of Clowney, but only on a short deal and short money, IF he checks out medically, whenever that day comes.”

Clowney left the Browns facility without a contract, but Adkins said the Browns plan to stay in contact with him.

“Browns and the agent for Clowney will remain in contact as he has another visit scheduled.”

Clowney has started 74 of 83 games in his career with 32 sacks. He also has 86 quarterback hits, nine forced fumbles, eight fumble recoveries, an interception, 18 passes defensed, 255 tackles , 75 tackles for loss and has four return touchdowns.

Pro Football Focus ranks Clowney 19th in the NFL among edge rushers with a 74.9 overall grade. He has been solid against the run in his career.