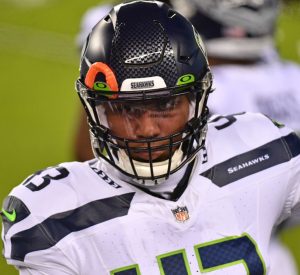 As teams continue to sign away players, there are a few talented defensive ends that could fit the defensive scheme the Cleveland Browns want to run. Two that stand out are Jadeveon Clowney and Carlos Dunlap. If it comes down to choosing between these two, Dunlap has more to offer for what the Browns need this defense to do.

The Browns hosted Jadeveon Clowney on a free agent visit Wednesday. Some of that was likely having the medical staff get a look at his knee as he continues to come back from meniscus surgery that ended his 2020 season, but Clowney was someone the Browns put a significant amount of time and energy in pursuing last year before he signed a one-year, $13 million deal with the Tennessee Titans.

In the eight games Clowney played, he was an effective run defender for the Titans on a defense that didn’t stop anyone. He was unable to register a single sack but did record 11 pressures, deflected four passes and forced one fumble.

Dunlap split the 2020 season with the Cincinnati Bengals and the Seattle Seahawks after a trade for a sixth round pick. He was pretty ineffective in the games with the Bengals, which is uncharacteristic for his career, but suddenly looked great when he played in Seattle. Some of this might be attributed to the fact that Zac Taylor, arguably the worst head coach in the NFL currently, managed to anger a number of veterans, doing things that included benching them in games without so much as telling them ahead of time.

Dunlap isn’t as effective against the run, but being able to consistently pressure the quarterback is more valuable, especially when the Browns hope to be able to get out to early leads. He offers significant size at 6’6″ 285 pounds, which combined with Myles Garrett, will give them an enormous group overall.

The Browns seem utterly tantalized by potential they believe Clowney still possesses, but at what point is he simply a underwhelming player that never lives up to his immense upside? Whatever ceiling he has, it’s dropping by the year. After seven seasons, Clowney has just 32 sacks for his career. He recorded 30 pressures in his one season with the Seahawks in 2019 and an impressive 48 pressures in 2018 where he benefited from having J.J. Watt across from him.

Injury aside, he’s less attractive to the Browns than he was last year based on the fact that playing him as a pass rusher from the interior would seemingly be less of an option. The Browns added additional talent to rush the passer from the middle with Malik Jackson. Between Jackson and Sheldon Richardson, there would be less opportunities to utilize Clowney in the middle. Even then, Dunlap may be the preferred option to put inside with Takkarist McKinley rushing from the edge.

Another nagging problem with Clowney is the idea that he’s great when he’s motivated, which is unfortunately not terribly often. Maybe money isn’t what motivates him, which would be good news, because he has no business getting anywhere near $13 million again. Perhaps a contract with heavy incentives, but he simply doesn’t warrant that kind of paycheck. The return on investment for the Titans was terrible.

The teams that have let Clowney leave haven’t been too unhappy with the decision either. An alleged character issue and diva with the Houston Texans, Seattle let him walk and the Titans signed Denico Autry to replace him. It’s possible he’d be a better fit in Cleveland, but the track record at least suggests he might not be worth the trouble.

Dunlap has been pretty consistent. 26 pressures, six sacks in 2020. 32 pressures, nine sacks in 2019. 38 pressures, eight sacks in 2018. Adjusting to the reality that he’s no longer an 8-digit salary player may be taking time, but he’s still productive and he has played in at least 12 games in all 11 seasons he’s been in the NFL. Even at 32 years old, a full 4 years younger than Clowney, Dunlap appears to have more to offer the Browns right now.

The Browns likely have a number in mind they are willing to offer another veteran defensive end and it may be a matter of which one is willing to work with them. But if it’s a choice between Dunlap and Clowney, everything else being equal, the upside may be tantalizing with Clowney, but the Browns should opt for the far more consistent pass rusher in Dunlap.