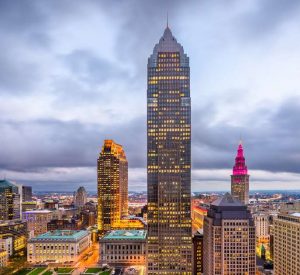 CLEVELAND, Ohio — The Cleveland Browns were the best injured team in the NFL last season, or the most-injured best team. If you paid attention, you knew it while it was happening. A stat released this week proves it even more. This isn’t about giving the Browns extra credit looking backwards for 11-5, but it’s a third part of the current team building taking place that is worth pointing out.

Step 1: Have lots of good players back.

Step 3: Count on the return of players who missed all of, or parts of, last season due to health reasons.

The Browns dealt with the kinds of injuries and absences last season that could derail teams, from young secondary members Grant Delpit and Greedy Williams missing the whole season, to receiver Odell Beckham tearing his ACL in Week 7, to defensive end Olivier Vernon rupturing his Achilles in Week 17.

If the Browns health could be even league average in 2021, that would be another way in which they can take a step forward.

Football Outsiders provided new context with rankings this week that compiled games lost last season, with an emphasis on the players that matter most. Here’s their nuanced definition of how they produce their rankings of “adjusted games lost.”

Adjusted games lost captures that distinction with separate weightings of starters, replacement starters, situational players, and bench players. In addition, the metric adjusts the weightings of active players who appeared on their teams’ injury reports prior to playing to account for an anticipated decrease in effectiveness while playing hurt.

They ranked all 32 NFL teams both on adjusted games lost to injury and COVID, and to those only lost to typical injury. I think the combined ranking tells you the most, because it was a crazy season, and luck, both good and bad, played an even greater role when it came to availability. Sixty-seven players opted-out for the whole season because of COVID concerns. Others missed time during the year because they were diagnosed with COVID, or because they were held out by close contact monitoring.

The Browns, with their Week 16 wipeout of the receiver room by COVID, directly lost a game to the Jets as a result.

So guess which team had the fewest missed games last season? Why … it was the Super Bowl champion Tampa Buccaneers, with 30.6 adjusted games lost n the Football Outsiders formula.

Which team had the most games missed? The San Francisco 49ers, who went from the Super Bowl the year before to 6-10 and last place in the NFC West.

Of the 13 teams with winning records last season, which did it while dealing with the most adjusted games lost?

Obviously, the Browns. Again, the metric measures a player’s value, so the Browns didn’t rank high just because they were second in the NFL in full opt-outs with five. Three of those players had little effect, but backup offensive lineman Drew Forbes and rotational defensive tackle Andrew Billings mattered. But this is putting a number of everything they lost with Delpit, Williams, Beckham, the five games lost by Wyatt Teller, the four lost by Nick Chubb, the two by Myles Garrett, and more.

Injuries are part of the game. The Browns won through them better than any team.

In comparison to some other playoff teams, the Browns missed 89.7 adjusted games while Pittsburgh missed 55.2, Baltimore missed 59.6, Buffalo missed 63.1 and Kansas City missed 65.2.

That’s it. That’s the point. They played hurt and won. While it happened, I think some people didn’t take it into account enough. The favorable schedule got a lot of attention. The lost players, I felt, not as much. It’s because injuries are so prevalent, and no one wants to use them as an excuse in a violent sport.

These Football Outsiders numbers tell a story. The Browns saw players miss more than their fair share of games last season and still were one of the final eight teams standing. Imagine if they have more injury luck on their side this year.