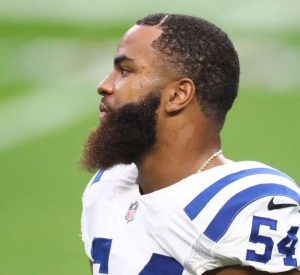 The Cleveland Browns signed linebacker Anthony Walker to a one-year-deal for $3.5M after he visited with the Browns last Tuesday. Walker is known as a good player, but many were surprised by the effect he had on his teammates, especially Colts star LB Darius Leonard, who released a “Thank You” video where he credited Walker with helping him become the player and man he is today.

On Tuesday night, Brad Ward got a chance to catch up with Lawrence Owen, Host of ‘The Colts Law’ podcast, to find out more about the Browns’ new linebacker. It’s available on the All Eyez On Cleveland podcast as well.

Anthony Walker: ‘I want to win and that is why Cleveland is the place I chose’ in free agency

Breaking down the Browns cap wizardry with Troy Hill’s contract