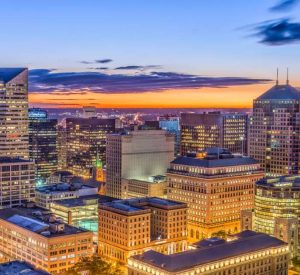 For example, building continuity among a below-average defense doesn’t matter. Terrance Mitchell (1,225 snaps played), Andrew Sendejo (999) and B.J. Goodson (937) led the Browns in plays. Mitchell signed with the Texans. With John Johnson and Anthony Walker joining Cleveland, it seems unlikely either Sendejo or Goodson will return.

Conventional thinking says allowing teammates multiple seasons to develop within a system should produce long-term improvements. The definition of insanity is doing the same thing repeatedly and expecting different results.

Berry and the Browns preferred fresh faces to a batch of veterans. Continuity versus insanity aside, pumping new talent into NFL franchises happens every offseason. Especially with the surge of one-year deals spread throughout the league these past few seasons.

Swapping out Goodson and Larry Ogunjobi for Walker and Malik Jackson provides defensive coordinator Joe Woods new talent to decode. It’s on him and the staff to accurately identify what both do well. Let’s try to do the same. Here are the primary roles Walker and Jackson can fill for the Browns defense.

Like the middle linebacker he’ll replace (B.J. Goodson), Walker is a fierce tackler. He comes downhill well and brings his entire body when it’s time to wrap up. Pro Football Focus gave him a 75.1 tackling grade. Compared to other areas of his game, it’s by far his strength.

On the below play, Walker is playing middle backer versus a goal-line situation. Walker keys run. He then scrapes the line of scrimmage, scanning laterally to find the hole. Once he does, he meets Ravens running back Gus Edwards in it, pushing him back for no gain.

I thought he defended the run well versus Baltimore. For the game, PFF gave him a 78.6 grade versus Lamar Jackson and the Ravens. This next play is another example of Walker’s precision tackling. Facing a first down near midfield, Walker identifies quarterback run.

It’s a counter situation where Jackson fakes to running back J.K. Dobbins and keeps it off right end. There is a wide whole outside but Walker gains width as Jackson slips. Walker keeps his footing and squares Jackson back inside. After a failed juke attempt, Walker wraps up for no gain.

If Walker can bring that level of tackling to the Browns defense then he’ll play his role well. Keying Jackson and stopping the run twice a year versus Baltimore is vital.

However, Walker thrives when he can hit whatever is in front of him. When put in coverage and forced to pass, he struggles. Pittsburgh targeted him twice this past season and it paid off. Both times the Steelers matched him against tight end Eric Ebron.

On the below play, Walker lines up to the field versus Ebron on a third-quarter first down. Pittsburgh runs a stick route. Ebron gains five yards depth before opening outside, spinning Walker around. The ball leads Ebron inside and Walker gets beat. He still makes the tackle but for a nine-yard gain.

A few plays later, Pittsburgh throws at Walker again. This time near the goal line. The Steelers spread the Colts out and place Ebron off left tackle. At the snap, Ebron sprints toward the sideline. His flat route beats Walker outside and he easily scores.

When asked to play downhill and tackle, Walker can play a role. In coverage, he becomes a target.

Jackson generates pressure playing both inside and out

Signing Jackson provides defensive coordinator Joe Woods some flexibility upfront. Jackson’s tape was fun to watch because he can play multiple spots. Whether he’s in a three-technique (playing inside) or outside in a nine, Jackson generates pressures.

Below, Jackson is playing defensive tackle versus the 49ers. He bodies a first-down run by beating his man inside with a toss-by move. As the center extends to block, Jackson uses his own weight against him and knocks him forward. Once free, he finds the ball carrier for no gain.

I really enjoyed this next play. It shows Jackson still has enough athleticism to hold on edge. He’s lined up at right end and defends a quarterback keeper to the left. Rather than getting sucked inside on the fake, Jackson slow plays his backside responsibilities. Once he knows where the ball is, he gets active and disrupts the play.

It’s an impressive rep for a 290-pound tackle.

Jackson generated four pressures versus the 49ers. This next play came against All-Pro left tackle Trent Willams. Jackson starts inside but attacks Williams’s inside shoulder at the snap. It’s third down and the 49ers are down in the second half. Nick Mullens feels pressure coming from his right. Trying to keep the play alive, he slides left. There is Jackson. He’s pushing Williams backward while keeping a hand up.

Once the Eagles force the ball out, Jackson lands on it. It’s an opportunistic rep, reminiscent of several turnovers Cleveland forced.

Jackson and Walker won’t be every-down players. They don’t need to be. But when asked to play a specific role, both should provide Woods with veteran experience, know-how and enough athletic chops to still make some plays.