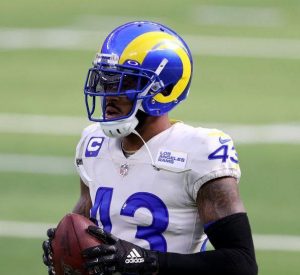 The Browns signed their top target in free agency, getting safety John Johnson III. He joins Grant Delpit, a second-round pick in 2020 who missed his rookie season with an Achilles injury, and Ronnie Harrison on the backend.

“We thought he was one of the more versatile safeties in the NFL,” Browns General Manager Andrew Berry said of Johnson, via Mary Kay Cabot of cleveland.com. “He can play free safety, strong safety, and he can play in the box in the nickel or dime. His breadth of skills that he brings to the table — that he can play man coverage; he can play center field; he can support the run — and really do everything at a pretty high level. It’s perfect for what we want to be as a defense.

Berry said Johnson is a player who “doesn’t usually make it to the free-agent market.”

The Browns signed Johnson to a three-year deal worth $33.75 million.