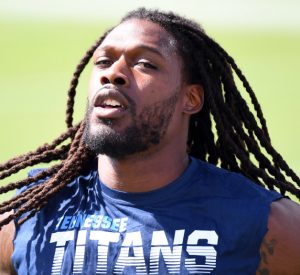 Former Tennessee Titans 2020 first-round pick and offensive tackle, Isaiah Wilson, reportedly had yet another run-in with the law a few months before the team traded him to the Miami Dolphins, and just days before the Titans played the Baltimore Ravens in the Wild Card round of the playoffs.

According to John Glennon of Broadway Sports, Wilson’s latest indiscretion occurred on January 7 and allegedly involved a high-speed car chase in Georgia, where he was eventually apprehended at gunpoint.

Here are the details, per Glennon, who cites the police report:
According to the Barrow County Sheriff’s Department incident report, the pursuit…