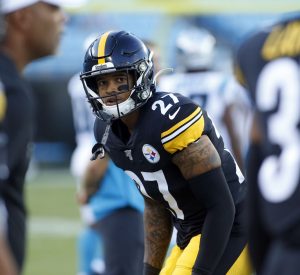 Brian Allen is officially back with the Cleveland Browns. The team announced it has re-signed the veteran cornerback, with exact contract terms undisclosed.

Allen joined the Browns in January when Cleveland signed him off the Cincinnati Bengals practice squad. He was on the Browns’ active roster for both playoff games following the 2020 season but was inactive for the games.

The 6-foot-3, 215-pound corner from Utah was originally a fifth-round pick by the Pittsburgh Steelers. He has played in 17 career games, including one in 2020 with the San Francisco 49ers before he found his way to Cincinnati. He offers the Browns some options on the outside with his size and physicality.