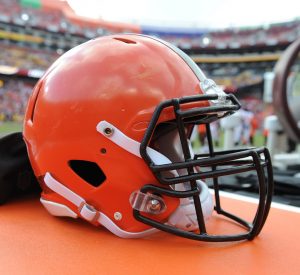 The Cleveland Browns have announced the re-signing of defensive back Brian Allen. The former Pittsburgh Steeler was signed off of the Cincinnati Bengals practice squad at the end of the year when the Browns were depleted in the secondary, but did not appear in any games.

Allen is a hair under 6’3″ and around 215 pounds who has some experience both as an off corner and safety. Coming out of the University of Utah in 2017, Allen put up remarkable testing numbers, particularly at that size. The 4.43 40-yard dash will stand out, but his agility and balance demonstrated by a 6.64 3-cone is pretty incredible.

In two seasons with the Steelers, he appeared in 16 games. He appeared in one game as a member of the San Francisco 49ers in 2019, his lone start for his NFL career.

Allen offers the Browns size to compete in the secondary. Save for Greedy Williams, the only meaningful size the Browns have at the corner position is Robert Jackson, who is a gunner by trade.

Seemingly, the Browns would like to add more size at the corner position in the upcoming NFL Draft, but Allen ensures they don’t go into camp with anyone. The Browns play the Steelers and Chase Claypool as well as the Bengals and Tee Higgins twice per season, so getting someone equipped to handle that matchup would be prudent.

Allen will get an opportunity to make the case he can at least be an option. He will turn 28 during the season.

READ MORE: Did Anyone Other than Browns Improve in AFC North Through Free Agency?