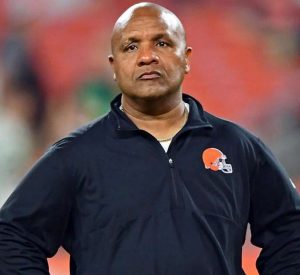 The Cleveland Browns certainly would prefer to forget the Hue Jackson era, yet the front office apparently wasn’t looking to put it behind them even in the midst of one of the worst seasons in NFL history. Jackson revealed that the Browns gave him a big vote of confidence as their head coach, despite him winning just one of his first 24 games.

Even better, Jackson received a contract extension during a winless season. Jackson revealed on ESPN 850 on Monday that the Browns were 0-8 in 2017 and headed toward 0-16 when he received an extension the Browns did not want to reveal to the public.

“I got a contract extension at 1-23, midway through the season,” Jackson said, via Mary Kay Cabot of cleveland.com. “I wanted to go public with it, but the Browns didn’t.”

When Jackson took over the Browns job, he didn’t think the dismantling of the roster was coming right away. He said he was never told it was coming at all, leading to even more frustration as his reputation was being shattered.

“There’s no doubt I was lied to by ownership and leadership of the team. They were going to be football plus analytics, but it was football vs. analytics,” Jackson said. “I think I became the fall guy because that was the narrative. The truth needs to come out, for other minority coaches. They need to know the pitfalls out there. My story has affected some of their futures.”

The Browns fired Jackson after a 2-5-1 start in 2018, and Jackson has not landed a NFL job since.