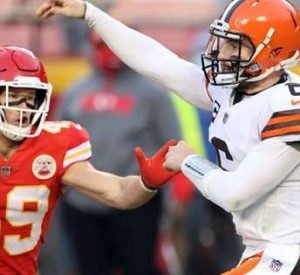 CLEVELAND, Ohio — Are you ready for more football?


NFL owners voted to approve expansion of the regular season from 16 games to 17 beginning with the 2021 season during the virtual Annual Meeting on Tuesday, while reducing the number of preseason games from four to three.

The 17th games of the season are interconference matchups based on divisional standings, with the AFC getting the extra home this year, and the NFC getting it next year. This season, the AFC North faces the NFC West, meaning the third-place Browns will host the third-place Cardinals, who finished 8-8 in 2020 and missed the playoffs.

The Cardinals this year will feature three-time NFL Defensive Player of the Year J.J. Watt, whom the Browns pursued in free agency.

“This is a monumental moment in NFL history,” said NFL Commissioner Roger Goodell said in a release. “The CBA with the players and the recently completed media agreements provide the foundation for us to enhance the quality of the NFL experience for our fans. And one of the benefits of each team playing 17 regular-season games is the ability for us to continue to grow our game around the world.”

Browns finally have stability at quarterback while other teams are searching: Orange and Brown Talk Podcast

Presumptive No. 1 overall pick Trevor Lawrence will watch the NFL Draft at Clemson instead of in Cleveland, report says

Why are the Browns still obsessed with Jadeveon Clowney? Hey, Mary Kay!