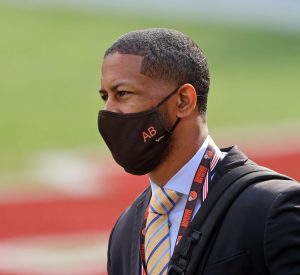 CLEVELAND, Ohio – The Browns have nine picks in the 2021 NFL Draft, including two in both the third and fourth rounds. With four weeks to go until they have to make those picks, I reset the Browns’ depth chart on Wednesday and asked readers to rank the positions of need.

Most mock drafts have the Browns targeting defense with their first pick, although the specific position varies from edge rusher to defensive tackle to linebacker. Tim Bielik’s most recent mock had the Browns taking Georgia edger rusher Azeez Ojulari at No. 26 and Syracuse cornerback Ifeatu Melifonwu in the second round.

Readers were similarly focused on defense in our survey.

Edge rusher took the top spot despite the signing of Takk McKinley in free agency. The Browns are expected to put free agent Troy Hill into the nickel corner spot, and also have Greedy Williams trying to return from injury in 2021, but cornerback was a close second to edge rusher in our survey.

Defensive tackle and linebacker, two more positions the Browns targeted in free agency, round out the top four. Offensive line is the only offensive position in the top six, landing at fifth. Fans perhaps see the need for depth along the line with all five starters returning from last season.

Safety was ranked sixth, even with the addition of John Johnson III to a roster that already included Grant Delpit and Ronnie Harrison. The Browns also have 2019 draft pick Sheldrick Redwine.

Jarvis Landry is signed through 2022 and Odell Beckham Jr. through 2023, but with almost 15 percent of cap space wrapped up in the two receivers, it’s unclear how much longer the Browns will keep both. That surely contributed to wide receiver finishing seventh.

The bottom three positions were running back, quarterback and tight end, three spots where the Browns have depth and youth on their side.

Here’s a look at the entire survey results by weighted rank.

What does 17th game mean for Browns? Podcast

Why Jarvis Landry is still one of NFL’s best slot receivers: Film Review