Home » Cleveland Browns » Will Jarvis Landry and Odell Beckham Jr. be with the Browns beyond this season? Hey, Mary Kay! 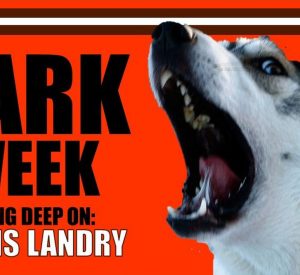 CLEVELAND, Ohio — In honor of Jarvis Landry’s Bark Week, here’s an all-Jarvis Hey, Mary Kay! All of the questions came from our Browns Insider subscribers. To become one, click on the blue bar at the top of the cleveland.com/Browns page.

Hey, Mary Kay: Don’t you think this will be the last year for the dynamic duo of Jarvis Landry and Odell Beckham Jr.? I love them both but they have too much money invested in just two receivers. What do you think will happen? — Jim, Olmsted Falls, Ohio

Hey, Jim: It depends on how the season goes, and how crucial they are to the team’s success. If the Browns go deep into the playoffs and both players are a major reason why, there will be momentum for a command performance. The goal was always for Landry and Beckham to help put the Browns into the Super Bowl, and if it happens, that’s a strong argument to run it back. Having said that, they’ll both be turning 30 in 2022, and their combined cap hits would be more than $31 million.

Furthermore, Beckham’s dead cap hit in 2022 is zero, and Landry’s is about $1.5 million, so they could move on from both if they so choose without financial penalty. I’m sure they’re hoping the two take them deeper into the playoffs this year, maybe even all the way, and that they make the decision extremely difficult.

Hey, Mary Kay: How do you think Beckham’s absence impacted Landry this season, and how do you think OBJ’s presence, if he returns, will affect Landry next season? Also, do you think Baker Mayfield and his receivers will hold informal workouts this offseason? — Robert Seltzer, El Paso, Tex.

Hey, Robert: Landry was extremely upset to lose Beckham to the torn ACL, but he carried the torch for both and played as hard as he always does. He was still the fiery, dynamic leader. I think it will be great to see what the two can accomplish when Kevin Stefanski’s offense is humming in Year 2, and with the lights on for Mayfield from the start. The 2019 season was a train wreck, and in 2020, Beckham never got to benefit from Mayfield putting it all together midway through the season. I think they can be dynamite this season. I do think Mayfield will host informal workouts in Austin, Texas again, especially with J.C. Tretter and the NFLPA pumping the brakes on in-person offseason workouts at team facilities.

Hey, Mary Kay: Look at Landry’s stats for the last four years. They’ve deteriorated since 2017. Why? Will the Browns use him more to take advantage of his talent? He can’t lead them to a Super Bowl unless given a chance. — Paul Murray, Danbury, Ct.

Hey, Paul: Landry was the focal point of the offense in Miami, and his former head coach Adam Gase fed him early and often. When he arrived in Cleveland, there weren’t as many targets to go around. In 2019, Beckham arrived, and they each had 1,000 yards. Last season, the Browns spread the ball around to a lot of different receivers, tight ends and backs. With Beckham returning from his torn ACL, I can’t honestly say that Landry will have much more than 101 targets he had last season (72 catches, 840 yards, 3 TDs). It’s an offense that won’t necessarily have a 100-reception guy.

Hey, Mary Kay: Landry is the heart and soul of this team, physically and spiritually. You agree, MKC … right?? — Josh Steele, San Francisco.

Hey, Josh: I certainly agree that Landry is in the top three in that category. I think Mayfield and Nick Chubb also embody the Browns’ spirit. But Landry is definitely a vocal leader who wears his heart on his sleeve. He wants to win as badly as anyone I’ve covered, which is why you sometimes see him losing his temper on the sidelines. He’s a fiery, passionate leader and he’s been great for this young team. He’s also a physical warrior, never missing a game except for COVID-19 protocols last season.

Hey, Zak: Considering that Landry went 4-for-4 for 74 yards passing last season, including a 37-yard TD pass to Beckham in the victory over Dallas, he certainly warrants at least a few more chances. I’d also like to see him run it more on reverses, especially when he and Beckham are on the field together. I believe the staff will enhance the package now they know what each can do, and they have an offseason to create and install new things. Time for Landry to catch a TD pass from Beckham, too.

Hey, Mary Kay: Do you think Landry is a better receiver now than when we got him from the Dolphins? — Joe in East Tennessee.

Hey, Joe: Yes, I believe he’s better now because he works so hard at it, and studies so much film. His hands and route-running have always been amazing, but I think he’s improved at other parts of his game such as blocking. He’s a smarter player, and knows defenses better. Not being the primary target on every play has forced him to contribute in other ways.

Hey, Mary Kay: Big LSU fan and wondering how much fun Landry and Beckham had playing for LSU and whether they miss those college days. Does Landry miss the more “innocence” and “love” for the game he had then, or has being a part of the Browns revived that feeling? — Shannon, Lake Charles, La.

Hey, Shannon: I think Landry’s LSU days were some of the most memorable of his football career, and he cherishes his time there, especially with Beckham. I do think playing for the Browns has reinvigorated his love for the game, especially with Beckham here. I think they’ll both love it a lot more this season when they’re going to the playoffs together and recreating some of the success they had together as Tigers.

Hey, Mary Kay: Any chance Andrew Berry asks Landry to restructure his contract after this season barring a career season? Would he accept it to stay in your opinion? — Ronnie Butcher, Newton Falls, Ohio

Hey, Ronnie: If Landry plays up to his capabilities this season and shows no signs of slowing down, there might be no need to ask for such a re-do. Besides, the salary cap will be back up next season, and money won’t be as tight. But if the Browns decide to go younger or cheaper at the position, it’s certainly something that could be discussed. His cap hit in 2022 is $16.55 million, with only $1.5 million in dead cap space in the event they part ways. A lot depends on how this season goes.