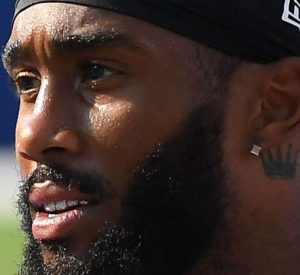 New Browns safety John Johnson was the team’s prized free agent signing this offseason. Johnson is already feeling happy and at home in Cleveland. He’s having an unbelievable experience in “Believeland”.

In an appearance on the NFL Network, Johnson was asked about what attracted him the most to sign with the Browns.

“They’ve got a lot of pieces to win,” Johnson said. “They won last year. Went to the wild-card game and won against the Steelers, went to the second round and lost against the Chiefs and they ended up going to the Super Bowl.”

He then worked into his first experiences in being in Cleveland.

“The city is unbelievable,” Johnson enthused. “I got stopped twice when I went to sign my deal. It’s just an amazing opportunity and I’m really looking forward to it.”

The full excerpt is worth watching to get a feel for the kind of energy Johnson brings to the Browns.

“The city of Cleveland is unbelievable. I got stopped twice when I went to sign my deal.” – @iamjohnthethird pic.twitter.com/7xcF3MCVom

What if Gonzaga’s Jalen Suggs had picked football over basketball?