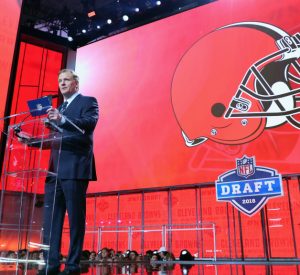 New Browns safety John Johnson was the team’s prized free-agent signing this offseason. Johnson is already feeling happy and at home in Cleveland. He’s having an unbelievable experience in “Believeland.”

In an appearance on the NFL Network, Johnson was asked about what attracted him the most to sign with the Browns.

“They’ve got a lot of pieces to win,” Johnson said. “They won last year. Went to the wild-card game and won against the Steelers, went to the second round and lost against the Chiefs and they ended up going to the Super Bowl.”

He then worked into his first experiences in…