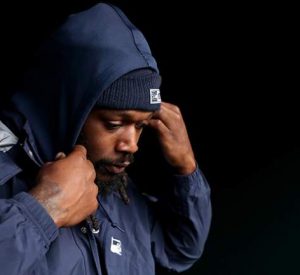 It could be some time before Jadeveon Clowney makes his free agency decision, but that doesn’t mean the door is closed for the Cleveland Browns.

The Browns’ courtship of Clowney is in a “holding pattern” per Mary Kay Cabot of Cleveland.com. Here’s what the Browns insider had to say in her latest Q&A column:

“I think the Clowney situation is in a holding pattern. At one point last week, I got the feeling he might sign at any moment, but then things got quiet. Clowney took his time last season, waiting to sign with the Titans until Sept. 6. It seemed like the Browns were hoping he’d make a decision soon, and that he had a spot here if he wanted it. He might be hoping for a higher offer, but there’s not much of a market at this point. Until he signs elsewhere, there’s still a chance he could become a Brown.”

After a pair of injury-riddled seasons, Clowney’s price has fallen off a cliff and he’s in need of a good season to put him back on the map. A spot on the upward-trending Browns opposite of Myles Garrett makes sense, but Cleveland won’t overpay for Clowney’s services. The range for Clowney appears to be between $7-10 million, per ESPN insider Jeremy Fowler.

New Browns safety John Johnson III jumped on Instagram this week and said he’d see what he can do when it comes to the team’s pursuit of free-agent defensive end Clowney.

The Browns have been pursuing Clowney the last few weeks, hosting him for a visit in March. Johnson, who signed with Cleveland at the start of free agency, is going to see what he can do about the situation involving the former top pick.

“He ain’t never been on a defense with anyone all that good,” Johnson said (h/t clebrownsnetwork). “We got dawgs. We got guys who can cover. We’ll get him here.”

It should be noted, Clowney started his career with the Texans, where he played opposite of JJ Watt — a three-time Defensive Player of the Year. However, Watt spurned the Browns in free agency, choosing the Cardinals instead, so just maybe that’s a little shade directed at the Wisconsin product.

While Johnson is aiding in the pursuit of Clowney, veteran defensive tackle Malik Jackson had a different take on the situation.

“It is one of those things that the team speaks for itself and what we are trying to build speaks for itself,” Jackson told reporters. “If you want to hop on board, come hop on board. I understand the free agency market is not what he probably wants, but things are bigger than monetary value, and you get a chance to be on a good team and set yourself up in the future.”

Johnson was the first big splash of free agency for the Browns, inking a three-year, $33.8 million deal to come to Cleveland.

Johnson fills a big hole for the Browns in the secondary and the move by general manager Andrew Berry drew wide praise.

Johnson was previously the play-caller on defense for a Rams squad that finished as the top-ranked unit last season. Johnson — a third-round pick in 2017 — has 48 starts to his name. He’s coming off his best year, having racked up 105 tackles in 16 starts last season. Johnson has eight interceptions in his career.

“I felt like it was an opportunity of a lifetime,” Johnson said in his introductory Zoom interview. “(I’m) coming into a situation where things are moving in the right direction. That’s rare in this business. It’s rare that people care about you, appreciate you and want to do things the right way.

“This city as a whole, let alone this organization, it drips that.”

Now he just needs to convince Clowney of the same idea and the Browns will have another major piece to work with on the defensive side of the ball.