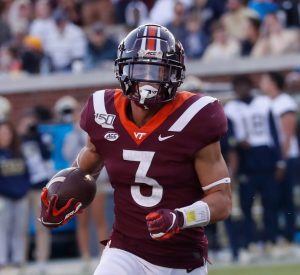 We’re three weeks away from finding out who the Browns will select on Day 1 of the NFL Draft in Cleveland, and the remaining 21 days likely will contain the same conversations about what the Browns will do with pick No. 26: edge rusher, linebacker, cornerback or something else?

But it’d be foolish to eliminate the possibility of the Browns taking a cornerback, especially with recent predictions showing a slide in some of the top CB names on the board.

Bruce Feldman, college football insider for The Athletic and a sideline reporter for FOX College Football, analyzed the current status of the cornerback position on the latest edition of Best Podcast Available. He doesn’t see much separation between the top four corners on the draft board — Patrick Surtain II, Jaycee Horn, Caleb Farley and Greg Newsome II.

The Browns appear to have no shot of drafting Surtain, a lockdown corner from Alabama who is widely projected as a top-15 pick. But the intrigue begins with Horn, the South Carolina standout who has recently been mocked to fall in the second half of the first round.