Home » Cleveland Browns » Browns picking 26th in the NFL Draft: The unfortunate, the infamous and the forgotten 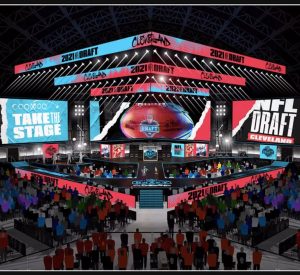 CLEVELAND, Ohio – The Browns have the 26th pick in first round of the 2021 NFL Draft. Unless they trade out of the spot, the Browns will make their lowest initial pick of the first round since 1995 when they took Ohio State’s Craig Powell 30th overall.

Staying put would also see the Browns making their first pick at No. 26 since 1964.

But that’s misleading. The Browns and the 26th overall pick have had some history since 1964. That 1995 draft, for example, included the Browns holding the 26th pick at one point.

Overall, the Browns have held the 26th pick seven times since joining the NFL in 1950. What happened with those picks can be broken down into three categories: the unfortunate, the infamous and the forgotten.

The 49ers were up for a move, and swapped No. 30 for No. 10 while also sending the Browns 1995 third- and fourth-round picks and a 1996 first rounder. The 49ers landed wide receiver J.J. Stokes and the Browns took Powell 30th overall. Powell played in three games for the Browns and 14 for his NFL career.

The real story of this pick, however, came a year later after Art Modell packed up and left for Baltimore. That 1996 first rounder from the 49ers became property of the Ravens. They turned it into Ray Lewis.

And they took him with the 26th pick.

The Browns had the 6th overall pick in 2011 but traded it to the Falcons, who moved up to draft wide receiver Julio Jones. The Browns got the 26th pick in the deal but shipped it to the Chiefs to move up five spots and take defensive lineman Phil Taylor. Taylor played 44 games over four seasons.

Also acquired in the deal with the Falcons were picks that became receiver Greg Little, fullback Owen Marecic and quarterback Brandon Weeden. Another part of the deal – a 2012 fourth rounder – was sent to the Vikings as part of the deal that allowed the Browns (No. 4 overall) to switch spots with the Vikings (No. 3 overall) and draft running back Trent Richardson.

Richardson was traded to the Colts two weeks into the 2013 season for a 2014 first rounder that became … you guessed it, the 26th pick.

But, again, the Browns didn’t draft a player with it. Instead, they packaged it in a deal with the Eagles to move up to No. 22 and draft quarterback Johnny Manziel.

The only players the Browns have drafted with the 26th pick were taken between 1950 and 1964.

1964: The Browns picked two future Hall of Famers that year – Paul Warfield in the first round and Leroy Kelly in the eighth. They took tight end Billy Traux at No. 26, which was the third-to-last pick of the second round. Traux was traded to the Rams and never played for the Browns but lasted 10 years in the NFL.

1952: The Browns took quarterback Don Klosterman with the first pick of the third round. But Klosterman was traded to the Rams and played in two games before moving to the CFL. He had more success off the field, later becoming general manager for the Oilers, Colts and Rams.

1951: End Bucky Curtis was the last pick of the second round, but he never played in the NFL. He was drafted for service in the Korean War and played in the CFL when he returned.

1950: Jim Martin was the second-to-last pick in the second round. He played 12 games at defensive end for the Browns that year and started seven as they claimed the NFL title in their first NFL season.

The following summer, Martin was part of a nine-player deal – that also included two draft picks and cash – between the Browns and Lions. He played 11 seasons for the Lions, shuffling around the offensive line and also seeing time at linebacker and kicker.

Of all the players acquired by the Browns with the 26th pick, either directly or indirectly, Martin remains the player who produced the most for the franchise. The Browns have another chance to try and clear that bar on April 29.

If the Browns draft a linebacker, who should GM Andrew Berry target?

What free agent additions told us about culture, winning and Mayfield