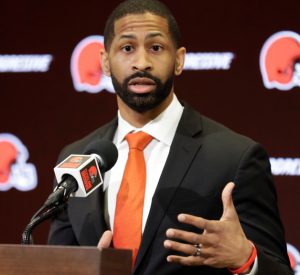 The Cleveland Browns have eight picks in this years NFL Draft which will be held in Cleveland on April 29th, 30th and May 1st. The Browns front office has had a good off-season so far as they attempt to remake portions of their defense. Some key free agent signings, highlighted by the acquisition of S John Johnson III, have the Browns in good position, but they still need to put the finishing touches on a successful offseason by drafting well and potentially adding another piece in free agency.

Thursday night, Browns Wire’s Jeff Risdon and Brad Ward got together to discuss how they should approach the draft, their areas of need, potential prospects to target, Jadeveon Clowney and much more. Enjoy!