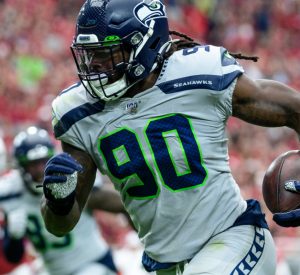 The ongoing courtship between the Cleveland Browns and free agent defensive end Jadeveon Clowney is set to have another dalliance. Per Josina Anderson, the Browns are arranging yet another visit with Clowney in hopes of possibly sealing the deal and signing the veteran.

Clowney has already had negotiations with the Browns earlier this offseason, but he did not agree to terms. The 28-year-old has not signed anywhere. He is still recovering from knee surgery that ended his 2020 season with the Tennessee Titans after just six games.

He signed with Tennessee last year after rejecting a larger offer from the Browns. Apparently that has not dissuaded Browns GM Andrew Berry in his pursuit of Clowney, the No. 1 overall pick in the 2014 NFL draft.

I’m told the #Browns are working to arrange another visit with free agent edge-rusher Jadeveon Clowney for Monday, at this time, per source.

Stay tuned for more developments in the long-running saga.