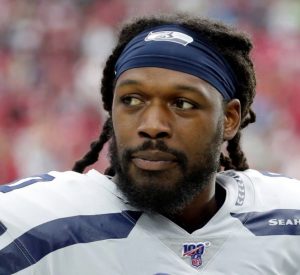 Josina Anderson is reporting the Cleveland Browns are trying to bring in free agent pass rusher for what would be his second visit on Monday. The team initially met with him on March 24th.

If this happens, it might be to get a deal done. Other than hammering out a deal, the only other reason to bring in Clowney is to check on his surgically repaired knee, which stood out as a potential issue when the two sides met in March. Not unexpected, Clowney wasn’t projected to be fully healthy until the middle of April.

The two sides likely met the first time to get to know each other better after the Browns pursued Clowney most of the 2020 offseason. If both sides were interested in getting a deal done, the only thing holding them back would be the recovery of his knee, which caused him to miss the latter half of the 2020 season.

There’s every possibility that Clowney’s agent, Bus Cook, has been talking numbers with the Browns over the course of the past three weeks. If Clowney is healthy, the team can pass him on a physical and they can put pen to paper.

Should that happen, it would give the Browns a starting caliber defensive end across from Myles Garrett with Takkarist McKinley as a depth pass rusher. The Browns will most likely still be in the market for pass rush help in the upcoming NFL Draft, but it would change the timeline in which they’d need a starting contribution, so long as Clowney and Garrett stay healthy.

At that point, they would have the freedom to add what they believe is the most talent at the position that fits what they want to do while improving the team’s pass rush.

It doesn’t seem necessary or worthwhile for Clowney to go to Cleveland for a second time just to come out without a deal at this point. Both sides have the desire to come out with good news. The Browns in addressing one of their two biggest needs in the offseason. Clowney to sign with a team and hopefully start working on becoming the player he’s shown capable.