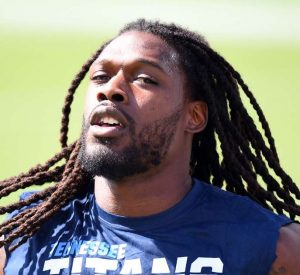 The Cleveland Browns’ pursuit of edge rusher Jadeveon Clowney dates back to last season when he was a free agent and before he ultimately signed with the Tennessee Titans.

This time around things are looking good for the Browns to bring Clowney to Cleveland, as ESPN’s Dianna Russini is reporting that the two sides “are in talks” and “are hoping to get a deal done soon.” Russini was also told that “it’s not done yet” so nothing is set in stone as of right now.

Clowney is coming off a poor showing in 2020 in what was a “prove-it” year with the Titans. The former No. 1 overall pick failed to register a single sack and was limited to just eight games because of a knee injury, further adding to the narrative that Clowney is injury prone.

The Cleveland Browns are in talks with free agent Jadeveon Clowney per sources. They are hoping to get a deal done soon. I was told “it’s not done yet.”

It’ll be interesting to see how much Clowney gets from whatever team he signs with, as the expectation was that he’d have to take less than the nearly $13 million he made with Tennessee in 2020.

How Titans’ usage of signing bonuses compares to other teams