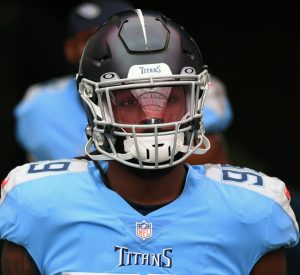 CINCINNATI — The Browns are hoping to sign edge rusher Jadeveon Clowney in the near future according to multiple reports. Cleveland went after the former Pro Bowler last offseason, but he ultimately signed with Tennessee.

He’s expected to visit Cleveland on Monday according to Josina Anderson. If the Browns do sign Clowney, then it would be the cherry on top of a successful offseason.

Putting Clowney on the other side of Myles Garrett could make life tough on the Bengals and the rest of the AFC North.

For the latest free agency news and NFL Draft coverage, bookmark AllBengals and check out some of our other articles below.

The Ja’Marr Chase Story Every Bengals Fan Should Read

Cincinnati Legend Chimes in on Bengals’ Ring of Honor

Dave Lapham Weighs in on Sewell vs Chase

Is a Number Change Coming for Tee Higgins?

Anthony Muñoz Chimes in on Bengals’ Fifth Pick, Thinks Burrow Will Be Happy

A Breakdown of Giovani Bernard’s Release: Why Now?

Chad Johnson Has a Gift for Joe Burrow

How Does Penei Sewell Compare to 2020 Offensive Line Draft Class?

Chad Johnson is Spreading the Love in Cincinnati

How Involved is Joe Burrow in the Bengals’ Pre-Draft Process

Here’s How the Sam Darnold Trade Impacts the Bengals

A Message to Bengals Fans: Thank You

“A Lot of Teams” Believe Bengals Should Take Penei Sewell at No. 5

This is a Great Film Breakdown of Penei Sewell

NFL Draft Big Board: Big Gap Between Sewell and Chase

This is a great film breakdown of Penei Sewell

Penei Sewell vs Ja’Marr Chase: Team May Have Tipped Their Hand

One NFL Team Believes Bengals Will Take Ja’Marr Chase at No. 5

How Close Were Bengals in Their Pursuit of Kenny Golladay?

Be sure to keep it locked on AllBengals all the time!