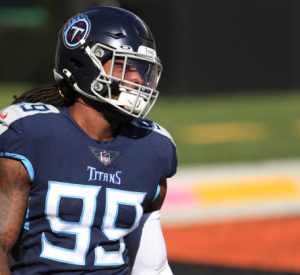 Jadeveon Clowney’s scheduled visit to Cleveland, where he was reportedly expected to sign a contract with the Browns, has been rescheduled, according to NFL Network’s Ian Rapoport.

The schedule isn’t the only thing that has reportedly changed about the visit. Jonathan Jones of CBS Sports initially reported Sunday that the sides would “ultimately strike a deal Monday,” but Rapoport said there is “nothing imminent right now,” despite “mutual interest.”

Clowney will fly to Cleveland on Tuesday night in order to meet with the team on Wednesday, Rapoport said.

Per ESPN, the pass-rusher also met with the Browns in March.

The interest isn’t new. Per the ESPN report, Clowney turned down a multi-year deal with Cleveland in order to sign a one-year contract with the Tennessee Titans in 2020.

The three-time Pro Bowler didn’t live up to expectations in 2020. He had 19 tackles and no sacks through eight games, after which his season ended due to a knee injury that required surgery. Per ESPN, Clowney is expected to be ready for 2021.

The No. 1 pick by the Houston Texans in 2014, Clowney spent the first five years of his career with the team that drafted him, but the latter half of his career has been marked by inconsistency. He joined the Seahawks for the 2019 campaign before heading to Nashville, so an agreement with the Browns would mark his fourth team in as many seasons.

Through an injury-marred career, Clowney has posted 255 tackles (75 for loss), 86 quarterback hits and 32 sacks. He has appeared in all 16 games just once through seven seasons.