Home » Cleveland Browns » 3 players the Browns should consider at No. 26 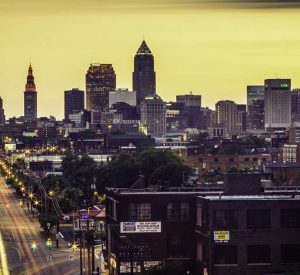 CLEVELAND, Ohio — The reality the Browns face in this draft is, even if they get aggressive and move up, they need to let the draft fall to them. They don’t control this draft like they have in the past.

It also means the perfect player may not be there. Yes, there’s value late in Day 1, just like there’s value in the later rounds. But it will be a real test of Andrew Berry and his staff this year as they begin what hopefully will be a string of years with late-round picks.

I ran a draft sim on ProFootballFocus.com, which is always a fun exercise to familiarize yourself with who might be available and what might happen if a player you like isn’t there. I ended up with two players I really liked and one who was gone.

Here are three players I like at No. 26 and the case for each one.

When I asked our Football Insider subscribers who to pick from the players left at No. 26 in my sim, 46 percent chose Collins. A popular social media narrative has been the Browns wouldn’t take a linebacker at 26. I’m not convinced they wasted a virtual visit on a player they don’t want.

Here’s the case for Collins: He could develop into a do-everything linebacker we haven’t seen in a Browns uniform since they returned. Dane Brugler of The Athletic describes him as “an ultra-smooth mover in coverage with the awareness that leads him to the football. … Overall, Collins isn’t overly explosive, but he has a unique blend of size, range and instincts for the position with the scheme-versatility to be a starting strongside linebacker in a 3-4 or inside/outside backer in a 4-3.”

NFL.com’s Lance Zierlein says of Collins, he “combines rare size and athleticism as a big outside linebacker.”

Even though Collins, an off-ball linebacker, didn’t have a ton of pass rush snaps in 2020, PFF gave him a 90.6 pass rush grade. At 6-foot-5 and 259 pounds, he’s built like a guy who can learn to be an effective situational edge rusher.

I’m cheating a little here. Newsome didn’t make it to the Browns in the mock draft simulation I did. I don’t care.

Here’s the case for Newsome: Consider this: If the Browns add Jadeveon Clowney to Takk McKinley, it doesn’t preclude them from taking an edge rusher high. It does, however, make it more of a possibility to take someone like Payton Turner in the second round or address the position later on Day 2 or early on Day 3.

On top of the edge rushers, the Browns have also added a starting safety this offseason in John Johnson III, a starting linebacker in Anthony Walker and a starting nickel in Troy Hill.

Just like last season, when the left tackle and safety were essentially left open — the Browns added two veteran safeties on one-year deals before drafting Grant Delpit — there was a message.

This year, it’s not as obvious, but there is one glaring area the Browns haven’t addressed and it’s cornerback. Greedy Williams is slated to return this season and maybe the expectation is he’ll start, but he also lost all of last season to a nerve injury and the Browns are a team trying to get to the Super Bowl. It would be the poorest of planning if we get to November and it’s obvious Williams isn’t the answer and no contingency plans outside of moving Hill outside are in place.

It’s why it makes sense to circle cornerback at No. 26 and Newsome could land there. Brugler projects him as a “press-man NFL starter as a rookie” while also pointing out durability concerns. Zierlein believes “he has the talent to become a good starter within his first two seasons.”

At 6-foot, 192 pounds, he’s not the big corner you might view as an ideal pairing with Denzel Ward, but unless the Browns have an opportunity to move up for someone like Jaycee Horn, they’re at the mercy of how this thing falls to them. Newsome wouldn’t be a bad prize for being patient.

A wide receiver? For this team? 11.67 percent of our Football Insider voters were open to it.

Here’s the case for Bateman: The Odell Beckham Jr. and Jarvis Landry pairing is a great story but it simply isn’t sustainable for much longer. The two players are eating up over $30 million of the cap combined over the next two seasons and both turn 29 in November.

We’re not going to turn this into a gnashing of teeth over cap space, but it is something to at least be mindful of.

Last year, prior to the 2020 draft, Berry said, “The draft is more about maximizing the amount of talent and the long-term talent on your team as opposed to filling needs. Very few rookies come in and hit the ground running and play at a Pro Bowl-caliber level in their first year. I think that is the wrong focus.”

If you take a player in the first or second round, ideally he contributes for you immediately, but read the above quote again and tell me he wouldn’t mind taking a player like Bateman even if it means waiting a year or two to unleash his full potential.

Brugler says of Batemen he’s a “polished route runner and every step has a purpose; runs a full route tree.”

You’re not getting a perfect player at No. 26, just like with Collins, but the 6-foot Bateman makes your team better now and in the future.

Heading into Year 4 of Mayfield, how should fans feel? Pluto