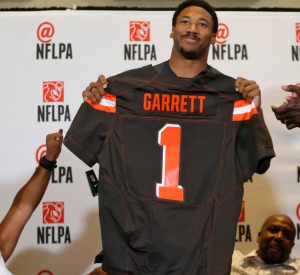 One of the top cornerback prospects in the 2021 NFL draft, and a potential Cleveland Browns target in the first round, is Virginia Tech’s Caleb Farley. A top-10 overall prospect on some draft boards, Farley carries considerable questions about his health.

However, in this week’s Football Morning in America, NBC’s Peter King reports that Farley received good news on his medical examination in Indianapolis last week.
After undergoing a microdiscectomy (removing a damaged section of a herniated disc) in his back March 23 in Los Angeles, Farley told me Saturday that after imaging and a thorough physical and…