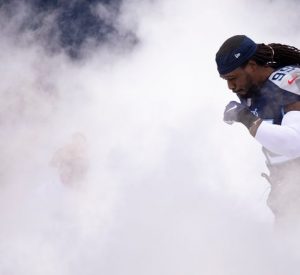 Jadeveon Clowney used the word “elite” to describe the type of player he still believes he can be in the NFL.

The Browns are obviously confident in Clowney. They signed him Wednesday to a one-year contract worth up to $10 million with incentives, a person familiar with the deal confirmed.

Clowney, 28, told Browns beat writers on Zoom he hasn’t reached his potential since entering the NFL in 2014 as the No. 1 overall draft pick of the Houston Texans.

“The funny thing I tell people about my career is it started off slow because I got hurt my first game [and had to undergo] a microfracture [knee surgery],” Clowney said. “It’s probably the worst thing you can have in this game. I don’t think everybody got to see the person they drafted yet. I think I’m working back toward that, but I’m well on my way now.

“I made three Pro Bowls, and it’s funny ’cause I ain’t never really been all the way healthy to the point where I felt like nothing’s bothering me. But I still can dominate in this league. I know that. If I ever reach my max potential or getting back there like I feel now, they say the sky’s the limit, but it’s probably higher than that. They’ve got footprints on the moon. That’s what we’re trying to reach.”

Clowney added he has faith he could become an NFL Defensive Player of the Year, but the key for him will be playing a full season. He’s coming off Dec. 6 surgery on torn meniscus cartilage in his left knee, but he said he feels great now.