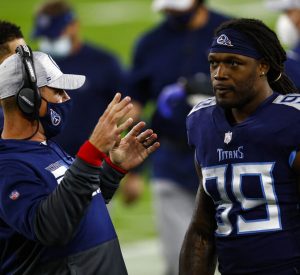 “Jadeveon’s had a very productive career since 2014. We love his relentless style of play,” Browns EVP of Football Operations and GM Andrew Berry said in a release announcing they signed the premier edge rusher Wednesay/ “He’s one of the more disruptive players in the game and we think he’s going to add an element of ruggedness along our defensive line and will pair nicely with many of the guys we have on the roster already. The other thing we love about Jadeveon is his versatility, his ability to play all across the front and impact the game regardless of his alignment.”

The Browns signed Clowney, 28, to a one-year deal worth $8 million, with another $2 million incentives. He’ll start opposite Myles Garrett, his fellow No. 1 overall pick. Clowney was the top pick overall in 2014 out of South Carolina, and Garrett was the top pick in 2017 out of Texas A&M.

“We’re excited to add Jadeveon to our defensive line,” Browns coach Kevin Stefanski said. “He’s a disruptive force that will help us against the run and the pass. We’ve been able to make some nice additions to our defense throughout free agency and we are looking forward to getting to work, so we can improve our team.”

Clowney, who missed the final seven games of last season after undergoing surgery to repair a torn meniscus, made three straight Pro Bowls from 2016-18, during which he notched 59 QB hits, and average more than eight sacks a year, including a high of 9.5 in 2017. He can run from both ends or the inside,

“Jadeveon’s play-to-play impact on the game, whether it’s the run game as a rusher, lined up as a three-technique or lined up as an end, is something we really value,” Berry said. “We think he’ll really be beneficial for us in our defensive system.”

The Browns now have three first-round picks in their edge rotation in Garrett, Clowney and Takk McKinley, the 2017 No. 26 overall pick who signed a one-year deal last month worth $4.25 million.

“All of those guys are very talented players. They all have their own specific styles,” Berry said. “We certainly love the physical gifts but the other thing we love is how hard all three of those guys play. You really have to be relentless to be an effective defensive lineman in the NFL and that’s a trait we think all three of those individuals have.”

Heading into Year 4 of Mayfield, how should fans feel? Pluto