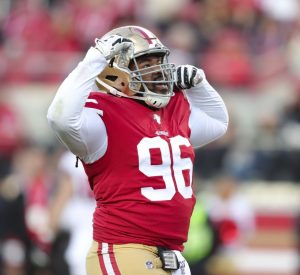 The Cleveland Browns signed tight end Stephen Carlson, who was on a tender as well as defensive tackle Sheldon Day on Wednesday to go along with their signing of free agent defensive end Jadeveon Clowney.

Carlson has been with the Browns since he was signed as an undrafted free agent out of Princeton. He has appeared in 25 games over the past two years, starting seven of them. A big wide receiver growing into a tight end, Carlson was the team’s fourth tight end in 2020, utilized largely as a space tight end and H-back.

Carlson was tendered at a original round, which virtually guaranteed no one was going to touch him. Now that he’s signed, his salary in 2021 is guaranteed and likely locks up the Browns tight end position for this season.

Sheldon Day was a member of the Browns practice squad last season. The Browns are his fifth team in six seasons since he was drafted as a fourth round pick by the Jacksonville Jaguars in the 2016 NFL Draft.

For the Browns, his chances of making the roster are relatively slim, but the Browns offer him the chance to get a ton of reps in camp as he tries to earn himself a spot on a roster. And if they sustain an injury, he’s right there.

What makes the Browns reasonably attractive to a player like Day is the fact the Browns are likely going to be pretty lenient when it comes to veteran days off from practice with both Sheldon Richardson (30) and Malik Jackson (31). They will get those guys ready for the season, but they are not going to try to kill them in camp.

As a result, Day could find plenty of reps behind along with Jordan Elliott as he auditions for a job most likely with another team.