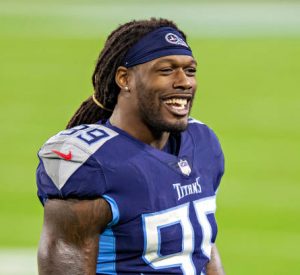 #Browns will be first team since Washington in 2001 (Bruce Smith, Ki-Jana Carter, Jeff George, Dan Wilkinson) with at least three No. 1 overall picks (Clowney, Garrett and Mayfield) on the same roster.

Cleveland’s roster also features
defensive end Myles Garrett (2017 No. 1 pick) and quarterback Baker
Mayfield (2018) in addition to Clowney (2014), who signed a one-year
contract worth up to $10 million, according to ESPN’s Adam Schefter.

With Jadeveon Clowney agreeing to terms, the Browns now have 10 former first-round picks on the roster and three No. 1 overall selections.

The Browns’ number of first-round picks
will likely increase to 11 when the 2021 draft kicks off April 29
unless they trade the No. 26 overall selection.

Clowney shouldn’t see many double teams
playing opposite Garrett, which could be the environment he needs to
produce a bounce-back season.

After the 28-year-old South Carolina
product got off to a sluggish start to his career with the Houston
Texans, tallying just 10.5 sacks across his first three seasons, he
recorded 18.5 sacks over his final two years in Houston (2017-18).

He couldn’t make that level of
performance over the last two seasons, racking up three sacks in 13 games
with the Seattle Seahawks in 2019 and no sacks across eight
appearances for the Tennessee Titans last year.

“We’re excited to add Jadeveon to
our defensive line,” head coach Kevin Stefanski said.
“He’s a disruptive force that will help us against the run and
the pass. We’ve been able to make some nice additions to our defense
throughout free agency and we are looking forward to getting to work,
so we can improve our team.”

The Browns feature one of
the NFL’s most talented rosters after reaching the Divisional Round
of playoffs last season, and expectations will be high once again in 2021.