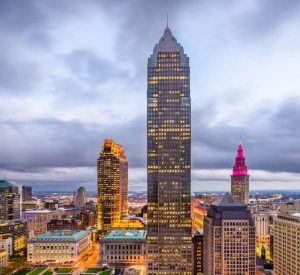 CLEVELAND, Ohio — The Browns finally landed the player they’ve been chasing for more than a year in Jadeveon Clowney, a player who can take some pressure off Myles Garrett.

So what does that mean for the Browns’ draft, especially with the No. 26 pick? It depends on where you were leaning before the Clowney signing.

If you thought the Browns should go corner or receiver, it doesn’t necessarily change anything. But for those who wanted the Browns to go edge rusher, the addition of Clowney gives Andrew Berry options, which as we’ve seen is what he likes.

We went to the Browns’ second-round pick and did not have trades.

Tim’s analysis: This may be the easiest No. 1 pick in recent memory. Plus, Lawrence will be a great fit with Jacksonville’s skill players. This could be a very fun team to watch in 2021.

Ellis’ analysis: Much like the Lawrence pick above, this is a lock. The draft starts at No. 3, where I’m going on the record as to who I think Kyle Shanahan actually traded up for.

Tim’s analysis: I’m not sure if this will happen, but this is the type of quarterback you trade future picks to get. Fields has been over-evaluated this draft season and is a fantastic fit for Shanahan’s offense.

Ellis’ analysis: If I were Atlanta, I’d take a quarterback here. Look at what the 49ers traded just to move one spot ahead of the Falcons. This pick is too valuable not to select a quarterback. Especially when your first-year head coach (Arthur Smith) is only three years older than your quarterback (Matt Ryan). But if it’s not a QB then Pitts is the guy. He’ll be excellent for years.

Tim’s analysis: As much as Joe Burrow might want Ja’Marr Chase, this is the guy he needs. He got hit way too often in 2020 and Sewell is a guy who could be his blindside protector for a long time.

Ellis’ analysis: Miami lands the player it probably wanted at No. 3.

Tim’s analysis: Waddle is the most explosive receiver in this draft and he’s a good fit for a Lions team that let Kenny Golladay go in free agency. Jared Goff gets himself a big-time playmaker as he hopes to resurrect his career.

Ellis’ analysis: Slater seems as safe a pick as there is in this draft. A comfortable floor with Pro Bowl upside. I think the Panthers will go WR here, trying to maximize Joe Brady’s offense but Slater is the better and proper pick.

Tim’s analysis: Denver finds itself lucky to get a quarterback without trading up in this scenario. I doubt either Lance or Mac Jones is ready to start Day 1, but Lance definitely needs time, especially after playing just one game in 2020.

Ellis’ analysis: Dallas needs help at all levels of their defense. After losing Chidobe Awuzie in free agency, Surtain would slide in as a Week 1 starter.

Tim’s analysis: This would be some thievery by the Giants, who pick one spot before an Eagles team desperate for a receiver. I love the idea of putting Smith opposite Kenny Golladay. That also means Daniel Jones has no excuses left with the skill players he’ll have at his disposal.

Ellis’ analysis: If this happens, open Twitter immediately. The Eagles’ quarterback room would a do-they-even-want-me Jalen Hurts, Super-Bowl journeyman Joe Flacco and Mac Jones. Two things would certainly happen: Flacco will somehow start at least one game in 2021 and Jones will wish the 49ers rumors were real.

Tim’s analysis: The Chargers are in a similar position as the Bengals: a team in need of an offensive tackle to protect its young quarterback. I like Horn, but the Chargers could be playing with fire if they don’t get Justin Herbert a talented left tackle.

Tim’s analysis: Parsons’ talent is undeniable. But he has character concerns that will cause him to drop in the draft. If there’s an organization that should be able to get him in line, it’s the Patriots and Bill Belichick.

Ellis’ analysis: Arizona should start investing in its offensive line. It would give quarterback Kyler Murray fewer problems to solve on Sundays. Given his height, Arizona must keep Murray’s interior clean. This pick makes sense for that.

Tim’s analysis: The Raiders’ approach to the offensive line this offseason left me confused. They need help up front, and Darrisaw at this point is a bit of a steal. He can give the Raiders a quality right tackle to play opposite Kolton Miller.

Ellis’ analysis: There are some defensive ends I like for Miami but landing a freakish running back makes sense too. Load up on offensive talent and find out if Tua is the guy this year.

Tim’s analysis: I for one don’t believe Farley’s back surgery will drop him as far as some project. It’s a minor surgery he’s having, and to me, his drop is more about when he’s having the surgery vs. having it. Farley was battling with Patrick Surtain to be the top corner in this class and will be outstanding value in this spot.

Ellis’ analysis: The Bears move on from Allen Robinson with this pick. Perhaps Chicago can trade him before the deadline. I understand the selection but the Bears remain directionless regardless of who the pick is.

Tim’s analysis: Cosmi made some big money at his pro day. He is a great athlete and comes to a Colts team that just lost Anthony Castonzo to retirement. Cosmi might need to add some weight, but he can slide into that spot pretty quickly.

Ellis’ analysis: The Titans had the most expensive secondary in the NFL and it didn’t matter because they couldn’t pressure. Newsome will help any defense but Tennessee needs pass rushing help. Bud Dupree alone isn’t enough.

Tim’s analysis: From a Browns perspective, this would have hurt more if Jadeveon Clowney hadn’t signed. But the Jets need pass rushers, and I think Ojulari has the fewest question marks of the top players at his position. Robert Saleh’s defenses in San Francisco lived off the pass rush. Carl Lawson and Ojulari could be a fun duo.

Ellis’ analysis: Pittsburgh hasn’t been a capable running team for three years. That’s because Le’Veon Bell left and its offensive line aged. With this pick, the Steelers address half of their issues on the ground.

Tim’s analysis: Owusu-Koramoah’s best bet for success is being paired up with a creative defensive coordinator. But he’s a great playmaker who can play the hybrid linebacker/safety role. Jacksonville’s defense was special when it was full of playmakers. That makes this an interesting landing spot for Owusu-Koramoah.

Ellis’ analysis: I’ve wondered if Samuel will be a Day 1 selection. He should be but his size may drop him to the second round. Samuel plays excellent in off coverage. He can press as well but I see an instinct corner with great vision.

Tim’s analysis: Baltimore needs a receiver in the worst way possible opposite Hollywood Brown. Marshall is a great fit because of his size and he gives Lamar Jackson a great red zone weapon that isn’t a tight end.

Ellis’ analysis: Sean Payton is one of about five play designers I’d trust with developing Toney into a weapon. He isn’t refined by any means but in crossing and space, he’ll be explosive.

Tim’s analysis: There might not be another receiver worth picking at this spot. I like this as a best player available pick with Collins being a better fit as a 3-4 inside linebacker.

Ellis’ analysis: All signs point to Phillips being a quality defensive end. His medicals will be a concern. He has an alarming concussion history but if he checks out then Buffalo lands a steal.

Tim’s analysis: The Chiefs learned a painful lesson in the Super Bowl. They need offensive line help in the worst way. Leatherwood is a high-floor prospect who should start quickly.

Ellis’ analysis: In a thin defensive tackle draft, Barmore may be gone before this. But if he falls then a fierce Tampa Bay defense gets even stronger.

Tim’s analysis: Considering Elijah Moore, Rondale Moore and Dyami Brown were all still available, I might have gone receiver. But I like Turner’s game. He can slide inside in the pass rush when needed and is very agile.