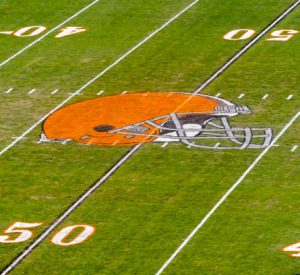 The Cleveland Browns are the latest NFL team to announce they will not participate in voluntary OTAs amid the COVID-19 pandemic.

The NFLPA shared a statement on behalf of the team Thursday:

A statement from the Cleveland Browns players: pic.twitter.com/VI71lJXWeA

Several other teams have also announced they wouldn’t participate, citing a desire for the offseason to be conducted virtually again this year. The NFLPA has also released statements from the Denver Broncos, Seattle Seahawks, Tampa Bay Buccaneers, Detroit Lions, New England Patriots and Chicago Bears.

“In addition to the ongoing threat of the pandemic, we felt healthier both mentally and physically last year, which we attribute to significant recovery time and the lack of additional wear and tear on our bodies during the spring months,” the statement read.

In response to the influx of OTA opt-outs, the league announced changes to the offseason schedule Wednesday.

Here’s an overview of the 2021 offseason program pic.twitter.com/idMebiqtmQ

In the first phase of the program, which starts Monday and runs through May 14, all meetings will be conducted virtually, and there will be no on-field work. That phase was doubled in length and reduces the time allotted for Phase 2, which was cut down from three weeks to less than one.

In the second phase, on-field drills can be conducted at a walk-through pace, but there will be no contact. The four-week third phase calls for full-speed, contact-free traditional OTAs, including a mandatory minicamp.

NFLPA executive director DeMaurice Smith and president JC Tretter wrote in a letter to players Wednesday (h/t NFL Network’s Tom Pelissero), “We believe that having the same offseason rules as last year is in the best interest of both the players and gives us the best chance to [complete] a full NFL season in 2021.”

The NFL played a complete season in 2020, with 726 infections among 959,860 total tests administered during the year (h/t Kevin Seifert of ESPN).