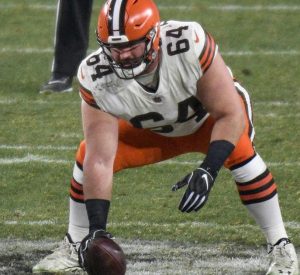 The Las Vegas Raiders followed suit later Thursday with their players releasing a statement through the NFLPA that they also wouldn’t participate in the voluntary offseason program.

On Wednesday, the league issued a memo to all 32 teams announcing that the first four weeks of the voluntary program will be virtual before transitioning to in person at the team’s respective training facilities.

Last year, the offseason programs were all done virtually and training camp was pushed back because of the COVID-19 pandemic.

Browns players released a statement through the NFLPA saying they are opposed to the idea.

“The NFL’s memo outlining how they plan to implement voluntary workouts falls short of what we as players believe is adequate,” the statement said. “The Cleveland Browns players agree that a virtual offseason, like we had last year, is the best decision for everyone in our league.