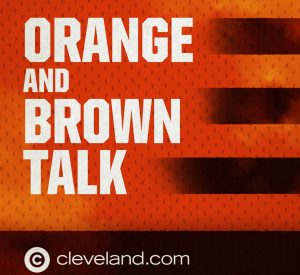 CLEVELAND, Ohio – The Bengals used free agency to remake their defensive line – a project that includes former Browns defensive tackle Larry Ogunjobi. They can add to their new faces with the fifth pick in this month’s draft.

But the 2021 Bengals really start and end with the anticipated return of quarterback Joe Burrow, last season’s No. 1 draft pick who was sidelined with a knee injury 10 games into his rookie season.

The Gotta Watch The Tape crew takes a look at what the Bengals could be in 2021, and how that impacts the Browns, as they wrap up their pre-draft look at other teams in the AFC North.

On this week’s podcast, Scott Patsko examines the Bengals’ defense while Ellis L. Williams focuses on the offense. The Bengals gave the Browns two of their closest games in 2021. Will that trend continue next season?

That question seeks an answer on the latest edition of Gotta Watch The Tape.

Twice a week, we dive into the film and the numbers around two major issues with the Browns. Patsko and Williams drive the discussion, with each focusing on one topic to investigate in each podcast. Lesmerises hosts and asks the questions that readers and listeners might have for these smart football analysts — what do you mean and why does this matter?