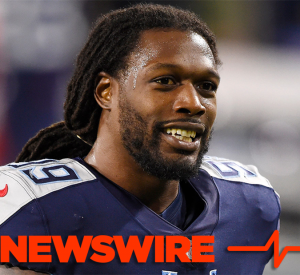 Mucho apologies for yesterday’s missed Newswire – I was effectively taken out of action by the second shot of the Pfizer vaccine, which left me kind of a mess for the last couple of days. I have no regrets about getting it, that’s for sure, but it did knock me off the Newswire game. I basically had flu-like symptoms: extreme tiredness, headaches, and a tendency to sweat even more I typically do. Which is a lot. I’m still a little bit out of it, so if today’s wire is lamer than usual, I blame my immune system.

I’ve sort of taken a weird pride in doing this article in the early morning every day since October 2019 except for last Christmas. The string has now been broken.

It all goes to show what a shaky foundation underlies the vast OBR Newswire colossus. All this unstoppable link-enabled power tied to the fragile health of a single HoHo-inhaling webdork… it’s just not right. We need failsafe systems, disaster recovery plans, you name it, whatever it takes to get past the savvy devastation wreaked by virus-defeating vaccines. I’ll get right to it, as soon as I’m done doing all the other things that piled up while I slept.

While I was busy being ill, the Browns went and signed some Jadeveon Clowney fellow – perhaps you read about it? You’ll just have to imagine what yesterday’s Newswire would have looked like. Think: 342 links saying we signed Clowney and various remarks about how I’m old and couldn’t tell you a single Kings of Leon song. In summary, all the usual out-of-touch jabbering you’ve come to know and barely tolerate.

With Day 1 of the Clowney era in the books, attention has now turned to what this means and, most importantly, how it impacts everyone’s all-important mock drafts which will be blown up on April 29 after pick, say… four.

I’m hoping to do live insulting of the various pretend drafts on an OBR videocast on that fateful Thursday night. If I can get my act together. Which is doubtful. On with the Newswire!