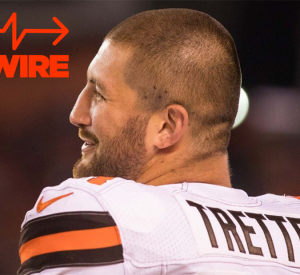 When I say that I’ve was sick for several days this week, my wife is quick to correct me. “You weren’t sick”, she says, “you were having an immune response. You weren’t contagious”. And she’s right because she always is. I nod sagely because that’s what you do when you marry someone considerably more intelligent than you are.

Regardless of how you define it, if you run a small business, you find yourself in a deep, deep hole if you have to miss a few days. I’m still trying to catch up with my forum messages, writing assignments, editorial calendar, and all the other stuff I pretend I do while everyone else actually provides the content of value.

And I’m happy that I run an independent Cleveland Browns website and not an NFL team like the Browns themselves because the bosses there have to make really hard decisions. Life-changing decisions.

Long-tenured front office execs are the exception rather than the rule unless, of course, the owner is arrogant enough to appoint himself GM-for-life. Smart owners hire people who have to do the nasty business of escorting players into other occupations, and they then go off to sit in their owner suites, and drink. I know which I would be… I’m no Jerry Jones or Al Davis, and I’m not upset about that.

Andrew Berry and his team made a difficult decision yesterday. Time will tell if their termination of Sheldon Richardson’s contract was a “savvy proactive contract move” or a “hasty overreaction” to a crowded cap. What it clearly was not, is “easy”. Richardson, from all reports, is a good guy, well-liked in the locker room, and produced adequately under his deal.

He was also over 30, expensive, and the former guy’s acquisition, a dangerous triad in the brutal NFL.

I could never be an NFL General Manager. I don’t have the emotional fortitude to lay people off like that. Some guys I’ve met in life almost seem to relish it. It would eat me alive.

You may disagree with Andrew Berry and the front office’s decision to terminate Sheldon Richardson. But, unless they’re different people than I think they are, you shouldn’t assume it was easy. At all.