Home » Cleveland Browns » Why did the Browns release Sheldon Richardson now instead of after the NFL Draft? Hey, Mary Kay! 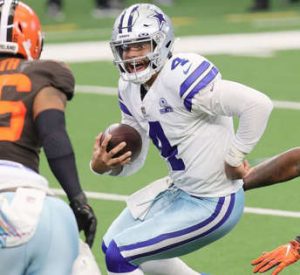 CLEVELAND, Ohio — In this week’s edition of Hey, Mary Kay! I answer questions about Sheldon Richardson, Jadeveon Clowney and more.


Hey, Mary Kay: Great info always! What is the thinking behind the timing of Sheldon Richardson’s release? Why not wait until after the draft? Doesn’t this shine a light now on a need for DT in the draft, like Barmore? — Matt Pastore, Columbus, Ohio

Hey, Matt: The Browns were down to a little more than $10 million in 2021 cap space after signing Jadeveon Clowney on Wednesday, and that would’ve just about covered their rookie pool of about $9 million. They need cap space in the event they want to trade for a player or extend some of their own players this offseason. After the draft, they’ll pick up the fifth-year options of Baker Mayfield and Denzel Ward, and then decide if they’ll extend them this offseason or wait.


They have other key players heading into the final year of their contracts such as Nick Chubb and Wyatt Teller, and will likely begin talking to them soon about new deals. This gives them the leeway to execute some of these extensions this offseason.

It also gives Richardson the chance to catch on with a new team before the NFL Draft, April 29-May 1 in Cleveland. If he doesn’t find a better opportunity, the door is open for him to return to the Browns at significantly less than the $12 million he was due to make in 2021.


Hey, Mary Kay: Do you think that the Browns are planning to use Jadeveon Clowney on the interior of the line since they’ve released Sheldon Richardson? — Jimmie Lytle, Twinsburg, Ohio

Hey, Jimmie: I do think the Browns plan to use Clowney on the inside in some sub-defenses, but they would’ve done that regardless of whether Richardson was here or not. The termination of Richardson’s contract was primarily a financial move: The ability to save $12 million on the cap and only have $1.66 million in dead cap space as a result was a move that made too much sense to pass up. But Richardson left here on great terms, and he enjoyed playing here. The two sides parted ways with the agreement that it might be a temporary farewell. I think it would be great if he came back at a smaller salary and picked up where he left off with excellent interior line play.

Hey, Mary Kay: Does Grant Delpit start or get the majority of snaps this year, and is he fully recovered? — Gus, Swarthmore, Pa.

Hey, Gus: Delpit has posted some rehab videos of himself on social media and looks to be right on schedule or perhaps even ahead in his bid to be full-go at the start of the season. A ruptured Achilles tendon is a difficult injury to come back from, but the most recent study showed that 78% of NFL players return to the field after an Achilles repair. The Browns are very optimistic about a full recovery and workload this season for Delpit, but they also have insurance in the form of John Johnson III if Delpit requires more time or needs to be part of a safety rotation.


As of now, the plan is for Delpit and Johnson to start, and for both to be on the field the majority of the time. With the Browns skipping in-person voluntary workouts, we might not see Delpit until the mandatory minicamp in June, if there even is one. If the NFLPA gets its way, players won’t have to show up again until training camp at the end of July, out of an abundance of caution during the pandemic.


Hey, Mary Kay: We lost Sheldon Richardson and our defensive line signings are one-year deals. My question is with a long-term perspective: Will Andrew Berry move up around say pick No. 15 to ensure a top-tier edge or interior defensive lineman? — Jason Rose, Aliquippa, Pa.

Hey, Jason: The Browns will be viewing this draft with an eye to the future as opposed to finding the missing link to get them to the Super Bowl this year. So I do think there’s a chance Andrew Berry will have some conversations about moving up in the first round to draft a premier player. But he’ll also consider moving back, and staying put. It all depends on how the round plays out, and who’s willing to deal. With nine picks (two in the third and two in the fourth), Berry has some extra ammunition with which to bargain, and I can see him packaging a few picks to move up in one of the earlier rounds.


Hey Mary Kay: With the release of Sheldon Richardson, do you see this as a precursor to a potential trade given the cap flexibility we now have? — Jason Rose, Aliquippa, Pa.


Hey, Jason: It does give the Browns the flexibility to wheel and deal or to use some of that cap space on extending some of their veterans this summer. They have extension decisions to make on key players such Baker Mayfield, Denzel Ward, Nick Chubb and Wyatt Teller. I think Richardson’s release has more to do with allocation of resources to younger players over the next year than anything.

Hey, Mary Kay: I get more curious about this as the Kevin Stefanski-Andrew Berry regime keeps making seemingly strong decisions. How close were the Browns to keeping Freddie Kitchens/John Dorsey at the end of 2019? It feels like if Myles Garrett doesn’t get suspended, they at least beat the Steelers and Bengals and finish 8-8, best record (barely) since 2007. — Frank Thorn, Chicago, Illinois.

Hey, Frank: They weren’t close to keeping Kitchens at the end of the 2019 season, and when it became apparent early on that he wasn’t fit for the job, the organization ultimately decided to part ways with John Dorsey too. Dorsey and his top aides added a ton of talent to the team, and many of those players helped the Browns go 11-5 and advance to the divisional round last season. But there was a clear disconnect between Dorsey and Chief Strategy Officer Paul DePodesta, and if the Browns wanted alignment, Dorsey and his crew had to go. The Browns are now pulling in the same direction for the first time since their return in 1999.

Hey, Danny: I think the plan is for Greedy Williams or a cornerback they draft or trade for to start outside opposite Denzel Ward, and for Hill to serve primarily as the nickel back. But the Browns will use three cornerbacks a lot, so Hill will get plenty of playing time. I also expect him to start at least a handful of games on the outside in place of Ward, who’s missed three or four games each season, and Williams, who’s coming off the nerve damage in his shoulder. He’ll work well with his former Rams teammate John Johnson III, which is a big plus.


Making sense of the Browns’ decision to release Sheldon Richardson


What you need to know about the draft, Browns, Buckeyes and Cleveland