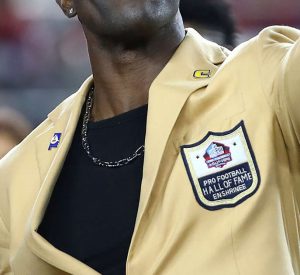 As the time nears to rally the draft wagon, the Browns own eight picks after the first round, mostly at slots that might suggest someone anonymous.

All eight of those post-Round 1 slots have produced someone who for one reason or another became famous.

In Part 2 of the series, we delve into the Browns’ two scheduled spots in Round 3. We bring to the stage the names that get everyone’s attention. We take a quick look at the league’s recent picks at specific spots and recall interesting names from past Browns drafts, all with an aim of putting Cleveland’s 2021 draft in context.


More: NFL draft Revue: A Hall of Famer and other fun faces from where the Browns pick in Round 2

Notable No. 89s: Wichita State lineman Bill Parcells (Lions, 1964) got cut prior to what would have been his rookie season and immediately went into coaching. … Arizona safety Chuck Cecil (Packers, 1988) became the subject of a Sports Illustrated cover story headlined, “Is Chuck Cecil Too Vicious for the NFL?” … Fresno State halfback Lorenzo Neal (Saints, 1993) converted to fullback and made four Pro Bowls during a 16-year career. … Chattanooga wideout Terrell Owens (49ers, 1996) played 15 pro seasons and ranks third all-time with 15,934 receiving yards. … South Carolina tight end Jared Cook (Titans, 2009) has played 12 seasons and recently signed a one-year, $4.5 million deal with the Chargers. … Akiem Hicks (Regina/Saints, 2012), a 350-pound defensive tackle, was named the 75th-best player in Bears history in a 2019 feature. He has been with Chicago since 2016.

More: NFL draft Revue: A Hall of Famer and other fun faces from where the Browns pick in Round 2

Last three 89s: Cornerback Cam Dantzler (Mississippi State/Vikings, 2020) landed on the PFWA; all-rookie team. … Linebacker Bobby Okere (Stanford/Colts, 2019) made the defensive rotation as a rookie and played more in 2020, when he had an interception against Baker Mayfield. … Guard Joseph Noteboom (TCU/Rams, 2018) has started in stretches at left guard and is in a contract year.

Four-year report: Three spots after the Chiefs picked Kareem Hunt, the Texans drafted RB D’Onta Foreman 89th, when he was coming off a 2,028-yard rushing year for the Texas Longhorns. Injury and attitude issues got him cut after two seasons. He is without a team after getting looks from the Colts and Titans.

Five-year report: Defensive tackle Javon Hargrave, drafted 89th by the Steelers in 2016, proved himself on a rotation in his first three years and then gave the Steelers a career-high 680 snaps in his fourth year. He jumped to the Eagles in 2020 on a three-year, $39 million contract.

More: The Browns pick at No. 26 in the 2021 NFL Draft. Here are the most interesting picks at that spot.

Notable No. 91s: Cornerback Dick Jauron (Yale/Lions, 1973) played eight pro seasons en route to a long pro coaching career whose last stop was defensive coordinator in Cleveland. … QB Vince Ferragamo (Cal/Rams, 1977) led the Ram to a 19-17 lead over the Steelers after three quarters of Super Bowl XIV before Pittsburgh rallied to its fourth championship of the 1970s. . … Linebacker Mike Vrabel (Ohio State/Steelers, 1997) spent four years with Bill Cowher without ever starting a game before jumping to New England as a free agent. He started 127 games for Bill Belichick, including 17 in the postseason. … Defensive Frostee Rucker (Bengals, 2007) played in 162 NFL games, including 16 starts for the 2012 Browns. … LB NaVorro Bowman (49ers, 2010) made first-team All-Pro four times. He was drafted one spot before the Browns took guard Shawn Lauvao.

Four-year report: Safety John Johnson III (Boston College/Rams) was the 91st pick in 2017. He became a starter as a rookie and has started seven playoff games, including the 2018 NFC title game when he intercepted Drew Brees in overtime to set up a game-winning field goal. He recently joined the Browns on a three-year, $33.75 million contract.

Five-year report: QB Jacoby Brissett, drafted 91st by the Patriots in 2016, recently signed a one-year, $5 million contract with the Dolphins, who drafted Tua Tagovailoa at No. 5 overall in 2020. Brissett is 12-20 as an NFL starter, including 7-8 with the 2019 Colts.