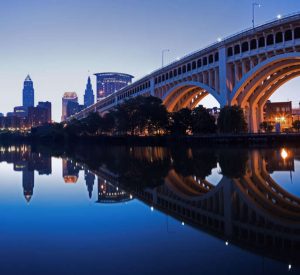 CLEVELAND, Ohio — The Browns will see their first-ever 17-game schedule on May 12 at 8 p.m. ET

The NFL announced Wednesday that it will release its inaugural 17-game slate on that date and time on NFL Network, NFL.com and the NFL app.

It will be a big day for the Browns and their fans, who have high expectations for the 2021 season after the Browns finished 11-5 last season and lost in the divisional round to the Chiefs.

While expectations are high for 2021, coach Kevin Stefanski has reminded his players that talk is cheap.

“It is very, very easy to talk about [wanted to reach the Super Bowl],’’ he said. “It’s very easy for me to say that we want to do this and we want to be this, but we’re going to focus on the work. That’s what we did last year, and I promise you, that’s what we’ll do this year.

“We’re not going to focus on anything out there that people are talking about because ultimately, we’re going to be about the work.”

The Browns’ extra game this season is at home against the Cardinals, who went 8-8 last season and missed the playoffs. But they signed J.J. Watt and will be getting premier edge-rusher Chandler Jones back from injury. The Browns have the ninth-toughest schedule in the NFL in 2021 (.520 132-22-2), after facing the fourth-easiest slate in 2020.

Here are the Browns’ home opponents:

Here are their road opponents:

Could Sheldon Richardson really end up back in Cleveland? Hey, Mary Kay!

Terry Pluto on Kevin Stefanski and what’s next for the Browns; MLB.com’s Mandy Bell on the Indians: Tuesday’s ‘Sports 4 CLE’

Inside Jadeveon Clowney’s signing and Sheldon Richardson’s release and why you should stay tuned: Browns Insider