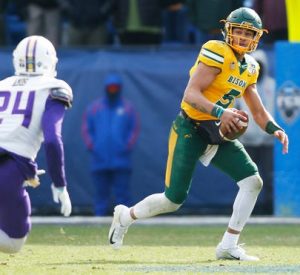 The prospects who will take the stage at the 2021 NFL Draft in Cleveland have been announced.

Among them are quarterbacks Mac Jones of Alabama and Zach Wilson of BYU, both expected to be top five picks.

A total of 13 prospects will be in Cleveland for the ceremony, including North Dakota State quarterback Trey Lance and Florida tight end Kyle Pitts. Five of the 13 players attending are from Alabama. See the full list below.

Not so fast:Daniel Jeremiah pumps brakes on Browns taking Christian Barmore in Round 1

In addition to the draftees who will be in attendance, the league announced team representatives who will announce second day picks. Among them is Pro Football Hall of Fame members Joe DeLamielleure for the Buffalo Bills, Anthony Munoz for the Cincinnati Bengals, Drew Pearson for the Dallas Cowboys, Will Shields for the Kansas City Chiefs, Orlando Pace for the Los Angeles Rams, John Randle for the Minnesota Vikings and Franco Harris for the Pittsburgh Steelers.

Defensive end Myles Garrett, the first overall pick in the 2017 draft, will announce a second day pick for the Cleveland Browns.

See the full list of who will announce second day picks here.

Who will attend the 2021 NFL Draft in Cleveland

Get more Cleveland Browns news by listening to our podcast