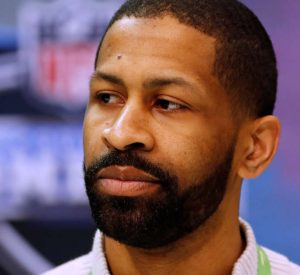 One of the surest signs that these are not the Cleveland Browns of years past was reinforced on Friday. In his pre-draft press conference, Browns GM Andrew Berry consistently reiterated the vision for the team and what will happen in next week’s 2021 NFL draft is more about 2022 and beyond than it is the upcoming season.

“We really go into it with the mindset of really trying to maximize the long-term impact on our roster,” Berry said Friday. “It is less about filling a need or some level of instant gratification on the roster and more about a longer-term focus on the team.”

It’s a stark and welcome change for the Browns. With a stacked roster that doesn’t necessarily need any instant starters from the draft, Berry is smartly looking at his team with a wider lens.

The change might be hard for some Browns fans, who have grown used to the team being forced to plug big holes with every available draft pick. That’s not where Berry and the Browns are anymore, and his acknowledgment that the team won’t force fits.

“I really think of the draft as maximizing long-term sustainable impact on the team. And certainly, need or positional value, all that can play a role in it but by no means is it the primary goal — not even close to the primary waiting in terms of the teams. Honestly, that is how teams make mistakes,” Berry calmly opined.

Browns pick up the 5th-year option on QB Baker Mayfield

Which 13 prospects will be attending the 2021 NFL draft in Cleveland?