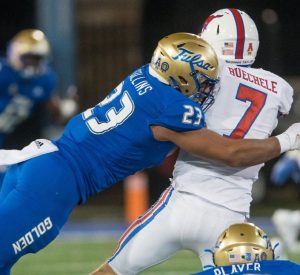 And as the city puts the finishing touches on its draft preparations, the Browns are doing the same with their draft board.

Fresh off its first playoff appearance since 2002, Cleveland holds its lowest first-round pick — No. 26 overall — in (that’s right) 26 years.

Despite that, general manager Andrew Berry has multiple directions he could go, boasting one of the most complete rosters in the league.

Here’s one last breakdown of where the Browns stand with their first pick going into their first hometown draft:

After more than a year in pursuit, Berry finally landed defensive end Jadeveon Clowney this month, signing the former No. 1 overall pick to a one-year deal worth up to $10 million. The combination of Clowney, All-Pro Myles Garrett and free-agent signing Takkarist McKinley has the chance to be formidable — provided Clowney and McKinley can remain healthy after injury-plagued 2020 seasons.

Yet despite the present talent at the position, edge rusher seemingly remains a priority for Cleveland. On top of their injury histories, Clowney and McKinley are signed only through this season. And with QBs Patrick Mahomes and Josh Allen and Lamar Jackson standing in the way of Cleveland making its first Super Bowl, the Browns cannot have enough prolific pass-rushers.

“I think probably every head coach and general manager in the NFL will tell you they would love to have as many pass-rushers as possible,” Berry said Friday. “We are no different.”

Fortunately for the Browns, this draft is loaded with quality pass-rushing prospects, and at least a couple could still be available to Cleveland at 26. Michigan’s Kwity Paye, Georgia’s Azeez Ojulari, Miami’s Jaelan Phillips and Gregory Rousseau, Washington’s Joe Tryon, Oklahoma’s Ronnie Perkins and Penn State’s Jayson Oweh have all been mocked to go in the first round via various draft experts.

“I’m excited about Clowney coming there,” NFL Network draft analyst Daniel Jeremiah said of Cleveland on a conference call with reporters last week. “Obviously his career has been defined by more disruption than production, but with the injury history being what it has been, his presence is not going to stop me from taking an edge rusher.

“If you feel like you have an edge rusher there that’s an upgrade, do it. You can’t have too many.”

One day after signing Clowney, the Browns released veteran defensive tackle Sheldon Richardson, clearing roughly $11 million in cap space. Berry called it “certainly possible” that Richardson could return at a lower number. But that hinges on Richardson’s market. 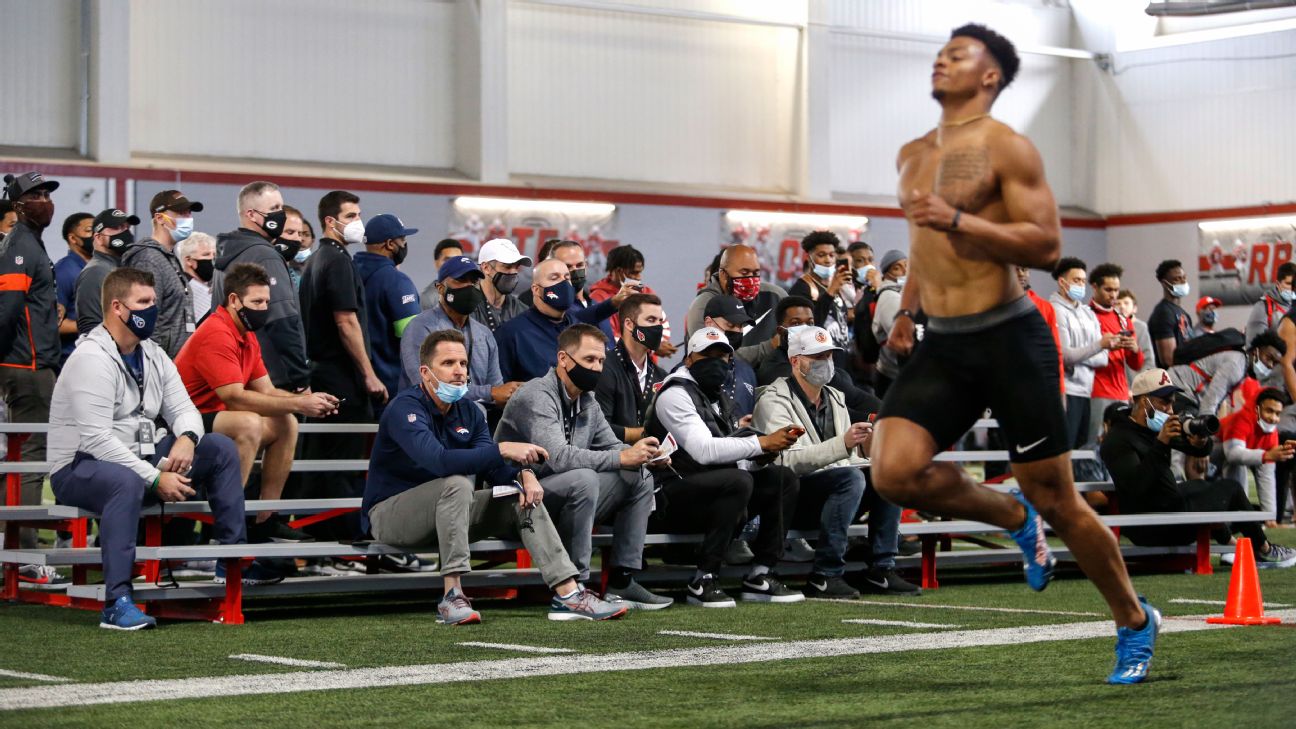 • How the pandemic has affected scouting
• The Leggy 100: Ranking the top 2021 NFL draft prospects
• Should Raiders use No. 17 pick on RT?
• Inside Arizona’s decision to draft Fitzgerald
• Ballard adept at acquiring what Colts need: draft picks
• Will Browns go defense or receiver at No. 26?

Either way, Berry noted that he still “feels good” about Cleveland’s defensive tackle rotation, with Andrew Billings and Malik Jackson joining second-year player Jordan Elliott. That’s good news for the Browns, because Jeremiah views this as the worst defensive tackle draft since at least 2003, when he started evaluating prospects. In fact, Alabama’s Christian Barmore and Washington’s Levi Onwuzurike are the only two defensive tackles ranked among ESPN’s top 50 prospects.

“Those are the only two guys I would be fired up about in the first 75, 80 picks,” Jeremiah said. “It’s just a really thin year.”

Berry reiterated this week that talent and potential would trump any immediate need, saying the draft mindset is to “maximize the long-term impact” over “filling a need” for “instant gratification.”

That said, ESPN draft analyst Jim Nagy, who is also the executive director of the Senior Bowl, countered that the Browns should still target defensive tackle despite the dearth of quality prospects at the position.

“Where they’re sitting, I think Christian Barmore; continue to build that defensive line,” said Nagy, when asked what the Browns should do in Round 1. “You’re not seeing him in a lot of mock drafts. … But if you can add a big guy that can get to the quarterback — I know they just added Clowney — but if you can get one that can get there from the inside, it just does so much for the rest of the defense.”

Could the Browns pounce on an LB instead?

Through his two offseasons in Cleveland, Berry has refrained from committing major resources to linebacker, either in the draft or in free agency. And yet the two players going to Cleveland most often in mock drafts are Tulsa outside linebacker Zaven Collins and Kentucky inside linebacker Jamin Davis. Both Jeremiah and ESPN draft analyst Mel Kiper Jr. currently have Davis going to the Browns in their latest mock drafts, though they are fans of Collins in Cleveland, as well.

“He has the length to really impact the quarterback,” Kiper said. “With his length, he can really disrupt throwing lanes, bat down passes. He’s really active. He’s a very alert player. Really instinctive. And he has that versatility to move around on your defense.”

Jeremiah, meanwhile, called Davis one of his favorite players in the draft.

“To say he destroyed at his pro day would be an understatement,” he wrote in his latest mock draft. “It matches what I saw on tape, and he fills a need for Cleveland.”

Could the Browns surprise — or even make a splash?

On the surface, it seems unthinkable that Cleveland would expend a first-round pick on a receiver with Odell Beckham Jr. and Jarvis Landry both on the roster. But Berry could be tempted to go this route, with several talented pass-catchers still likely to be available later in the first round.

“This is a really good year for wide receivers in terms of the top part or even in the middle range,” Kiper said. “So yeah, there’ll be probably four to five receivers in the late first round for the Browns who would be at least in the discussion.”

That figures to include Ole Miss’ Elijah Moore, Florida’s Kadarius Toney, Louisville’s Tutu Atwell and Purdue’s Rondale Moore, all of whom would bring much-needed speed and playmaking to the Browns out of the slot.

Jeremiah, however, wonders whether Cleveland could make a far bolder move to bolster its offense.

In 2011, the Atlanta Falcons sent five picks to the Browns to move up from No. 27 to sixth to draft future All-Pro wide receiver Julio Jones. A decade later, Jeremiah asked whether Cleveland would make a similar move up to grab arguably the top pass-catching prospect in this draft in Florida tight end Kyle Pitts?

“I was talking with a team the other day and we brought up the Julio Jones trade,” Jeremiah said. “If the Cleveland Browns were going to do something like that and kind of try and put the finishing touch on this roster, who would that be?

“If Kyle Pitts was there at seven, and you’re the Cleveland Browns and you want to mortgage a bunch of stuff to go get somebody, he would be fun.”