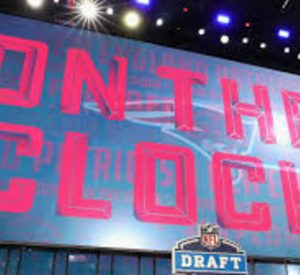 Could the Houston Texans use creativity – and the Cleveland Browns – to vault into the first round of this NFL Draft?

Texans fans need no reminders of how we arrived at this point. Nor, given the fact that Houston has been devoid of first-round picks in recent years, is this year’s cupboard-bare circumstance all that unusual.

But could new GM Nick Caserio change all of that? This week?

In his latest piece for ESPN, Bill Barnwell proposes swaps for all 32 teams ahead of the 2021 NFL Draft. He maybe has to stretch it a bit to include Houston, but …

He gets it done.

In Barnwell’s scenario, Houston uses a third-rounder (67th overall) in tandem with a 2022 first-round pick in order to jump into this year’s Round 1, getting from the Cleveland Browns picks No. 26 (first round) and 89 (third round).

This, for both teams, represents a fun gamble. … and some fun speculation.

For the Texans, as Barnwell writes, “What if somebody they have as a top-five or top-10 talent in a weird year falls to the 26th pick?”

That seems 1) wildly unlikely and 2) like, illogical, for if a top-five talent is there at 26, why is Cleveland trading away from him?

For the Browns? This would be a bet that they would be spending No. 26 on a super-lotto ticket – because if we’re playing “what-if’s,” we should speculate on the possibility of Houston being so bad in 2021 that its first-round pick is a uber-premium one.

And there is the problem for the Texans. They frankly face a season in which they are likely to be among the poorest three or so teams in the NFL, meaning their 2022 first-rounder could be the No. 1 overall pick, or so.

It would be cocky of Caserio to “bet on himself” in 2021. It would be foolish to give away to the Browns a future top-three pick.

Barnwell is the first to admit that “fun” is part of this exercise, as he writes, “I try to construct a trade that makes sense for two or more teams given their respective needs and team-building styles. These trade ideas, all of which are created in good faith, almost always make fans angry. Not a single one has actually come to fruition.”

All true. But the brainstorming is nevertheless helpful, as it at the very least helps us pinpoint thoughts on the value, in this case, of Houston’s present picks, Houston’s 2021 wins, and Houston’s future picks.