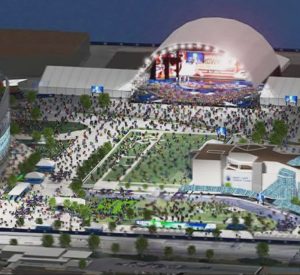 CLEVELAND — In just two days time, the Jacksonville Jaguars will be “on the clock,” officially kicking off the 2021 NFL Draft in Cleveland.

It will be a special time not just for the league, but for all of Northeast Ohio. That’s why the Browns are asking fans and visitors from all over the country to help them “Rock the Clock” this weekend.

The team released its draft hype video Tuesday afternoon, featuring highlights from their special 2020 season along with sights from “one of the country’s greatest football cities.” Both Kevin Stefanski and Myles Garrett appear to welcome fans to “The Land,” with the head coach in particular encouraging them to “Rock the Clock” by taking in all the great things the area has to offer.